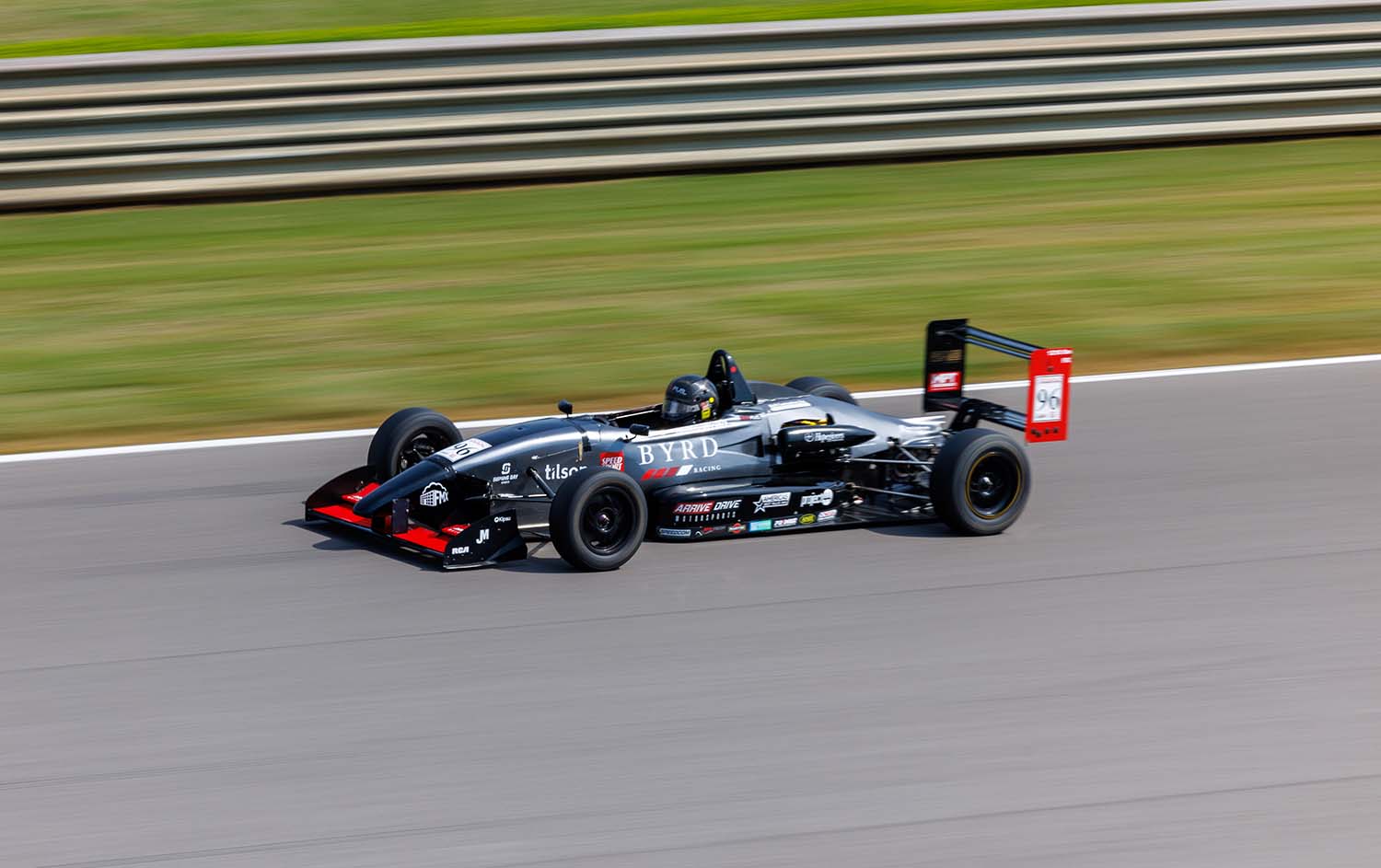 With a pair of Formula Race Promotions (FRP) events already in the books, teams and competitors descended on Barber Motorsports Park for round three this past weekend. Taking on the picturesque facility, drivers from the F1600, F2000, F1000 and Atlantic programs took on the 2.38-mile, 17-turn facility in Leeds, Alabama.

“Another weekend is in the books, and we are quickly into the next one in less than two weeks,” expressed Bob Wright. “We are now into the heart of the season, so the weekends seem to run into one another. We had some more great racing, a slug of track records, and can’t wait to do it all over again in two weeks.” 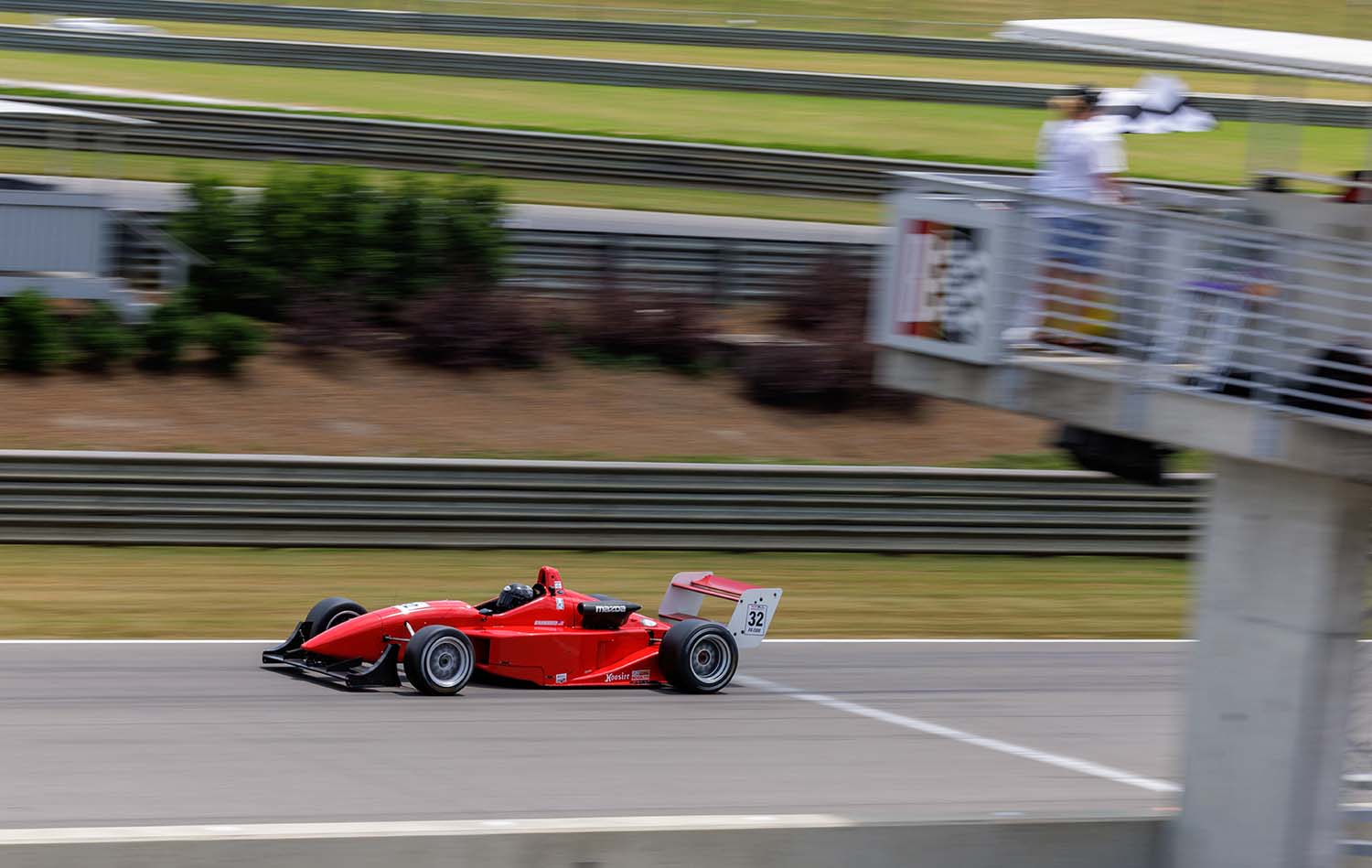 Larry Howard maintained his position at the front of the field as he converted his track record pole position run into a new track record race winning performance to top the blocks in the Atlantic 016 class. Dudley Fleck was able to hold onto the second position, just ahead of Chris Ash in third as the top three remained unchanged from qualifying. Kindsfater finished fourth on track but was the first of the Open Spec entries as Bob Corliss and Austin Hill joined him on the podium in the second of two Atlantic classes.

Kirk Kindsfater steered his #32 entry to the checkered flag in the second Atlantic race of the weekend as he claimed the victory in the Atlantic Open Spec class. Austin Hill was able to keep Kindsfater honest in a second place effort while Bob Corliss finished third in class. In a rare Atlantic on track incident that resulted in multiple Atlantic 016 drivers taken out of the race, there was no R2 016 class podium. Dudley Fleck was classified as top finisher in the Atlantic Spec class ahead of Larry Howard and Chris Ash. 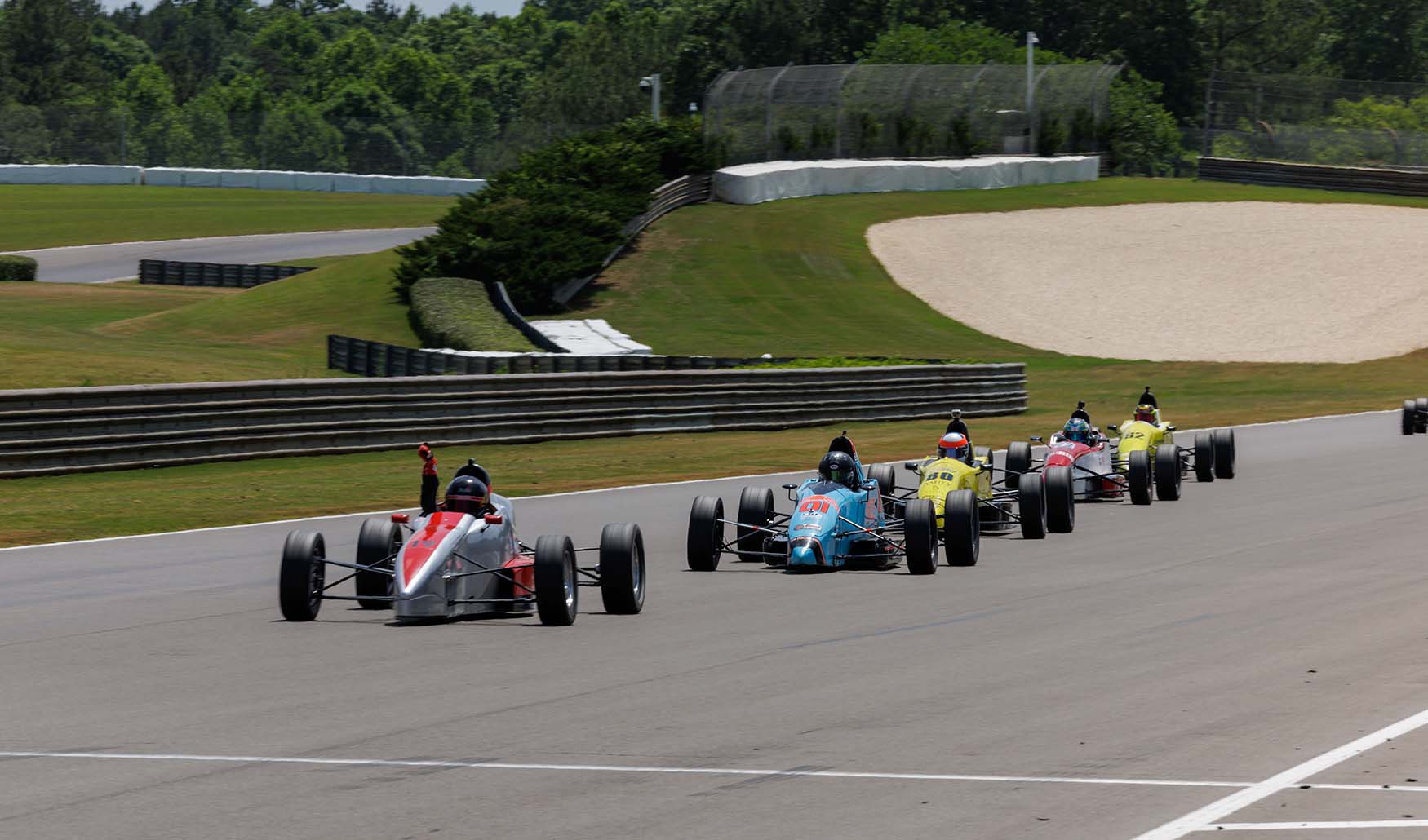 The first F1600 race of the weekend was won by Hugh Esterson as he managed to turn his qualifying track record pole position performance into a victory for him and Team Pelfrey. Joey Brienza was the best of the rest as he pushed his Exclusive Autosport #92 to a solid second place result to add another podium finish to his resume while Nolan Allaer put a pair of Team Pelfrey drivers in the top-three in third. Ayrton Houk made his first appearance of the weekend in the top-five driving to a P4 finish while the first of the Rice Race Prep entries, Will Holtz, crossed the line in fifth. Bob Perona added another F1600 Masters win to his season total as he beat David Livingston Jr., and Jay Messenger to the top step of the podium. Sam Lockwood was able to cross the stripe in fourth, just ahead of Dave Petzko in fifth.

The starting grid for race two would be set on fast time from race one as Sullivan Racing’s Jack Sullivan found himself on the inside of the front row with Nolan Allaer alongside. Houk and Brienza occupied row two with Brienza and Thomas Schrage in row three. Improving as the weekend went along, Houk would drive to the front of the field and the top of the results sheets to take the race two win ahead of Thomas Schrage who has been a model of consistency all year at the front of the pack. Team Pelfrey once again put a pair of drivers on the podium with Hugh Esterson in third with Nolan Allaer in fourth along with Porter Aiken in the fifth position.

Jack Sullivan earned the pole position with a race track record performance for the third and final race of the weekend and managed to turn that into a victory. Racing out of the Sullivan Racing camp, Jack beat some of the biggest teams in F1600. Thomas Schrage made it a triple podium weekend with another second place result as Hugh Esterson kept his solid weekend going with a third place performance in race three. Exclusive Autosport’s Joey Brienza found his way into the top five and narrowly missed the podium to come home fourth while Ayrton Houk ended his weekend in P5. 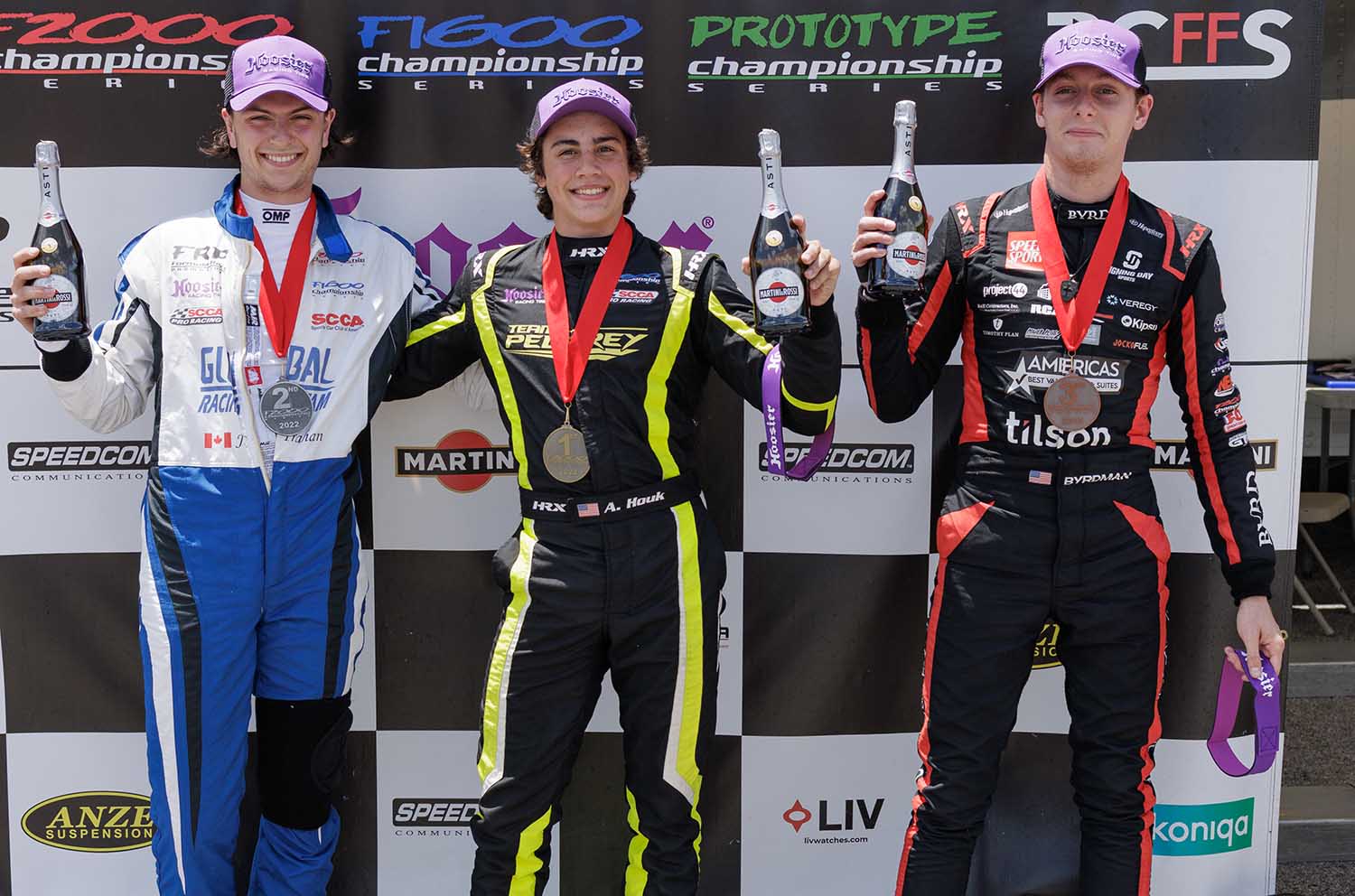 In the first F2000 race of the weekend, it was JC Trahan who was the biggest mover climbing from his P5 starting position to top the results sheets and take the victory in race one. Ayrton Houk maintained his second place starting spot to join Trahan on the podium as Nathan Byrd slotted himself into the third position after qualifying on the pole position earlier in the day. Perennial frontrunner Austin Hill found himself fourth after the final checkered flag flew as Robert Wright scored a solid fifth place result in his first wheel-to-wheel action of the weekend.

Ayrton Houk reigned supreme in the second race of the weekend taking his Arrive Drive Motorsports entry to the top of the results sheet with a new race track record of 1:25.197.  Dominating the 19-lap race, Houk was able to maintain his position at the front of the field to earn the race win to go along with his pole position. Saturday’s race winner JC Trahan was able to secure his second podium of the weekend in second while Nathan Byrd finished third. Austin Hill outpaced Robert Wright for the fourth position and Wright rounded out the top-five. 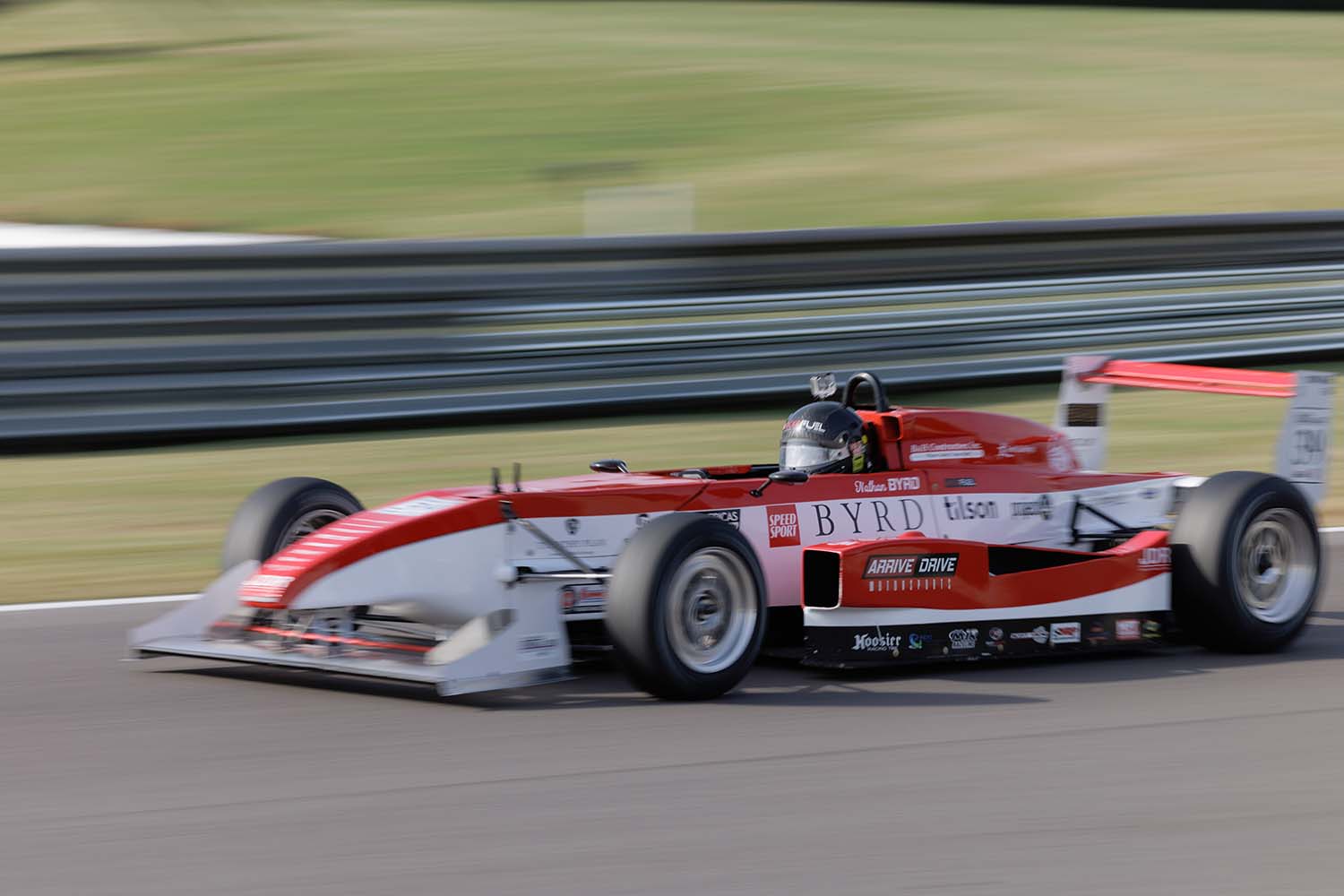 Nathan Byrd continued his winning ways in the F1000 class taking the top step of the podium in race one. Stephen Hamilton improved from his P3 effort in qualifying to stand on the second step of the podium as Tim Pierce crossed the line in third. Jason Slahor and Tommy Cadwalder rounded out the top-five.

With the third race weekend of the 2022 season now complete, FRP will begin preparations for round four at the Pittsburgh International Race Complex June 3-5. Competitors can register by visiting www.RaceFRP.com.