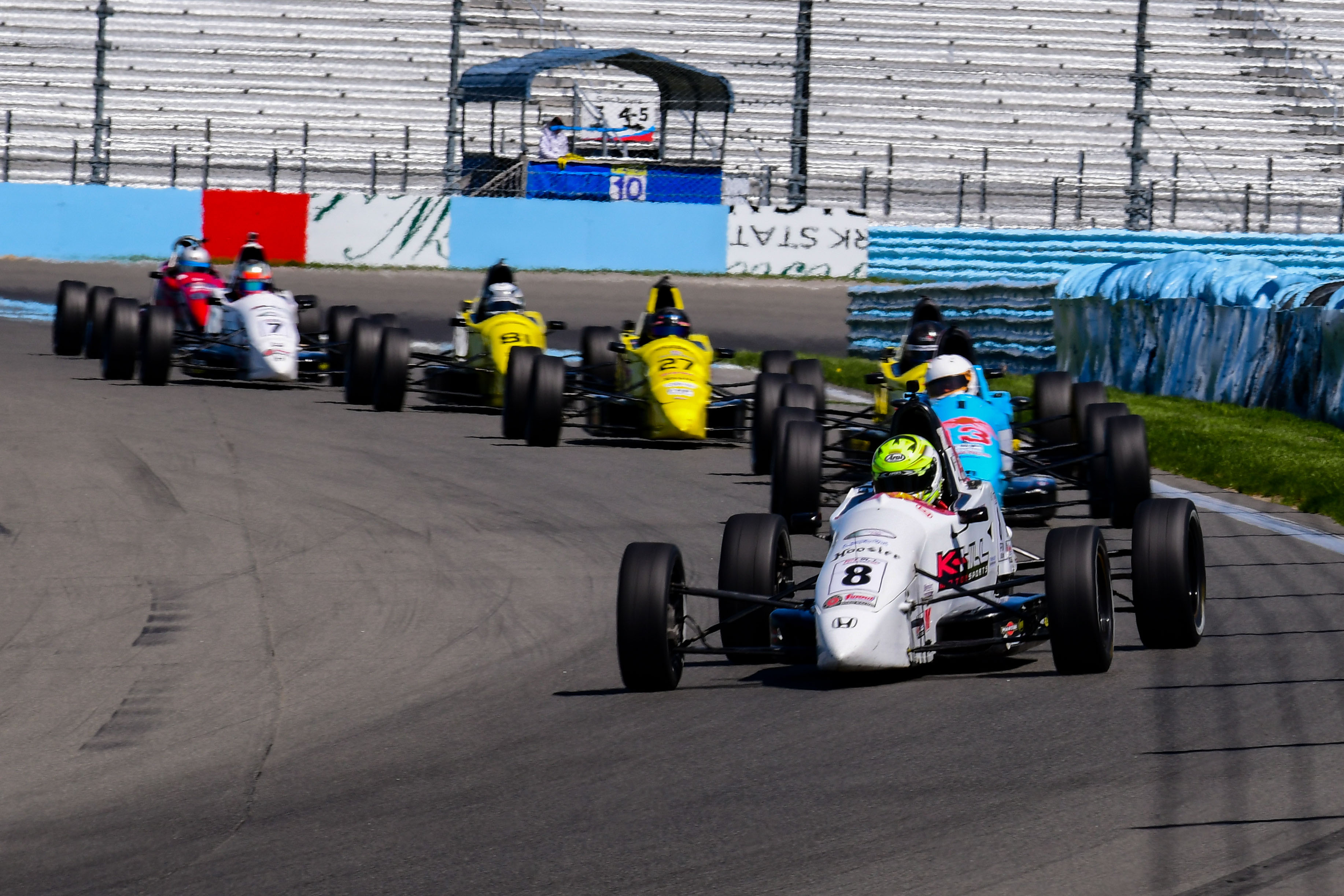 Kotyk manages to control race despite severe pressure from behind!

As the field rolled the pack bunched nicely for the start. Quickly the field separated into two packs. By lap three Kotyk took the lead with Goikhberg in second, Green in third, Czuba in fourth, Ori in fifth, Christain Lall Dass in sixth, and Bryce Aron in seventh. The pack was tight and it was anybody’s game.

The top five managed to split from the sixth and seventh, leaving Bryce Aron and Christain Lall Dass to fight on their own for now. With then laps to go, the top five are nose to tail and often wheel to wheel, this might let the pack regroup.

With nine laps remaining, Kotyk retakes the lead, the pack goes two and three wide heading towards the bus stop. The Pelfrey boys of Green, Czuba, and Ori hold down third through fifth. Goikhberg managed to wedge himself into second.

Down the back straight, Goikhberg takes the lead pulling Green with him, Green slingshots right by Goikhberg. The infighting keeps the pack tight and the draft continues to be a major factor.

Five laps to go, it’s now Kotyk, Goikhberg, Green, Czuba, Ori,  Dass, and Aron. Less than two seconds separates the top seven. The field continues to dice into the bus stop, Kotyk hasn’t yet been effected while the battle behind rages. The two Pelfrey cars of Green and Ori now fill the bottom two thirds of the podium.

Three laps to go. Kotyk loses out to Josh Green heading to the bus stop. His lead is short lived. Kotyk gets it back. Two laps remain, the top seven still separated by last than two seconds. Heading to the white flag it’s Kotyk, Green, Goikhberg, Ori, Aron, Czuba, and Dass.

Down the back straight for the last time, Goikberg now leading, but the swarm engulfs him. Disaster strikes, at least three suffer the consequences! Goikhberg definitely one of them. One car gets away clean, it looks like Kotyk. Three cars follow, but the win is Kotyk’s if he stays on the track. It’s Kotyk! He comes by with a giant lead. Dass now in second holding off two Pelfrey cars. It’s Green in third, Czuba in fourth, Aron in fifth, Ori in sixth, and Goikhberg seventh.

The master’s win went to Dave Petzko, he was ninth overall, second to Mike Scanlan, and third to Scott Rubenzer. 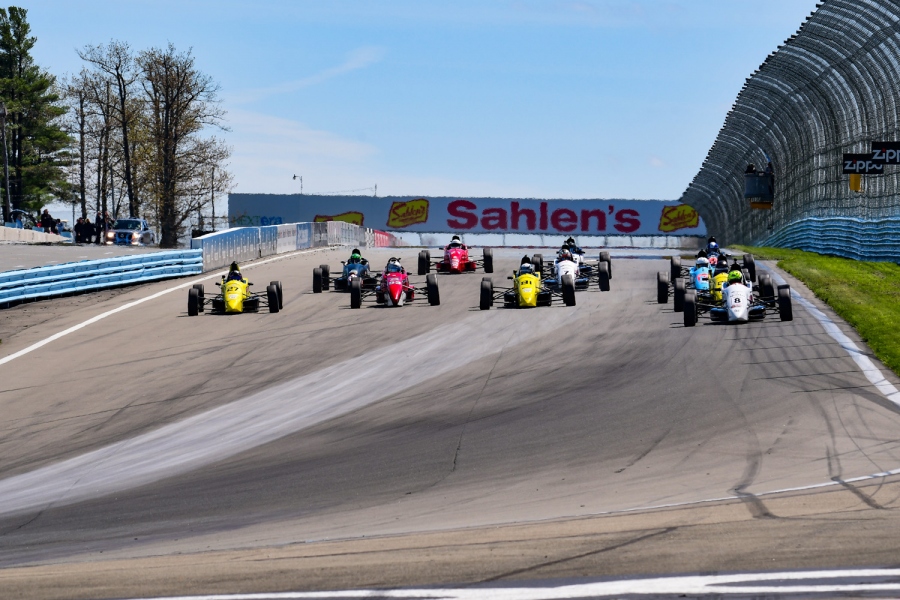