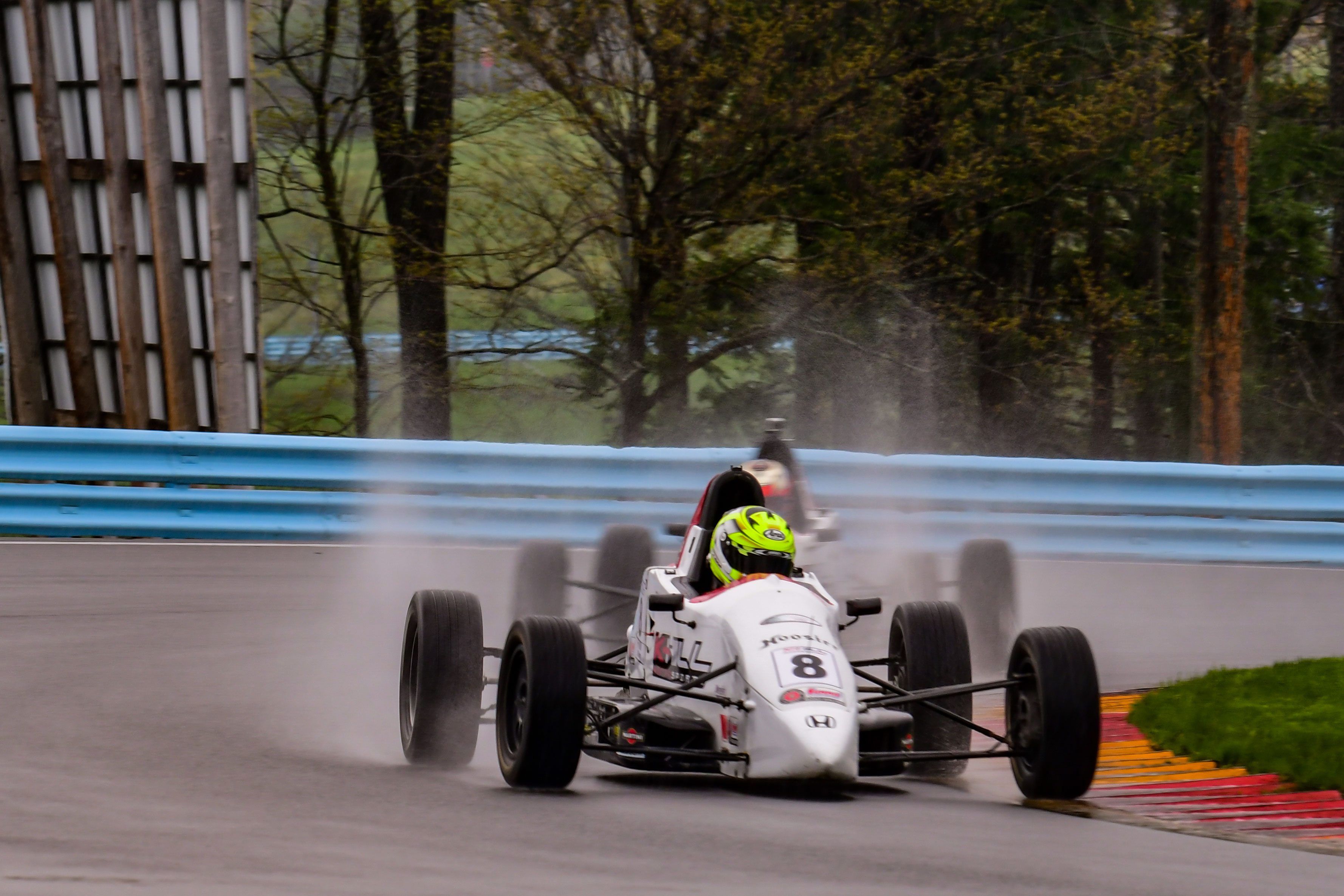 In continued difficult conditions Jonathan Kotyk controlled the race taking his second win on the weekend.

Rain of course the theme of the day here at Watkin’s Glen International. The drivers at the wave the green appeared to be letting cooler heads prevail. As they streamed down to the bus stop drivers kept calm and all made it through cleanly. At the end of the first lap it was Kotyk, Green, Czuba, Aron, and Ori filling the top five.

The drops seemed to get more intense but the drivers plugged on. Times continued to fall, especially for Kotyk. The spray free view out front couldn’t have been hurting him any and his lead grew to more than five seconds.

The battle for third was close, Czuba holding the spot but Aron putting the pressure on. The two circulated less than a second apart. Goikhberg was adrift in fifth, Christian Lall Dass in sixth, and Scott Rubenzer was leading master’s and in seventh overall.

With nine laps to go, it was still Kotyk out front. His lead over Josh Green was growing steadily, Dexter Czuba and Bryce Atom continued to run closely but no changes in order had occurred yet.

The field continued to hold steady, and with 6 laps remaining it was clear the race would end on time instead of lap count. Green had begun to lap marginally faster than the leader Kotyk, but he wasn’t making enough of an impression to get in touch with the leader. The gap between third place Czuba and fourth place Aron had grown now, something like two seconds separating them.

In seventh and eighth sits Scott Rubenzer and Bob Reid, they represent first in second in the master’s class. Bryce Aron had disappeared now, moving Goikhberg up to fourth, and Christian Lall Dass to fifth. Aron’s disappearance brought out the emergency services to check on his condition and the race was concluded. Kotyk cruised home to his second win on the weekend, Josh Green second, and Czuba third.

It was reported the Bryce Aron only received minor bruising and is otherwise in good condition. 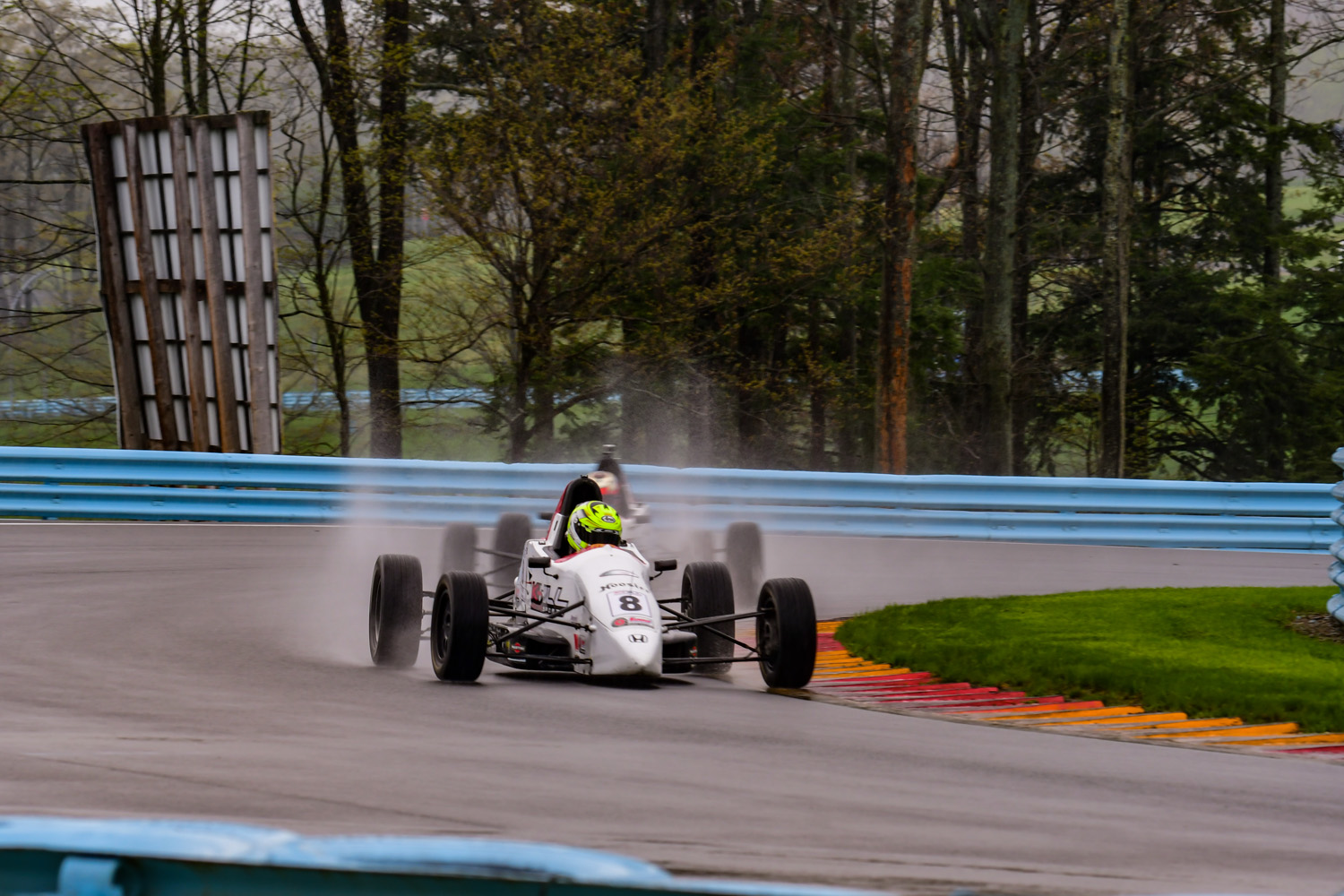