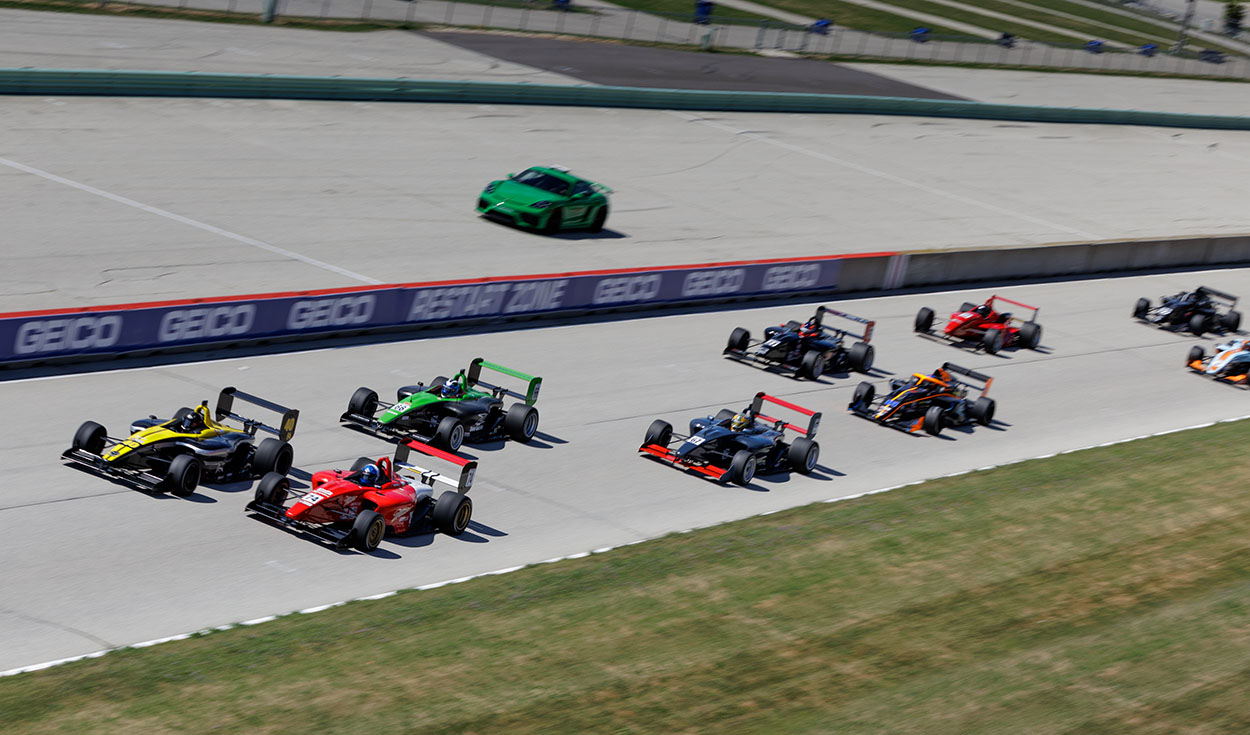 It was the first Atlantic-only event of the season as both Atlantic Spec and Open drivers took on the 4.014-mile Road America facility in Elkhart Lake, Wisconsin. Typically sharing track time with the other Formula Race Promotions classes (FRP), this weekend saw Atlantic drivers share the picturesque Road America with other series to have additional track time.

“It was great to have the Atlantic competitors in a stand-alone event, and the first time we’ve tried this,” explained Bob Wright. “It was the same event weekend as last year and has always been on our radar screen as one of the best racing facilities in the country.”

With race wins, podium results, and championship points available, Atlantic drivers were in search of valuable points for their end-of-the-year title chase. 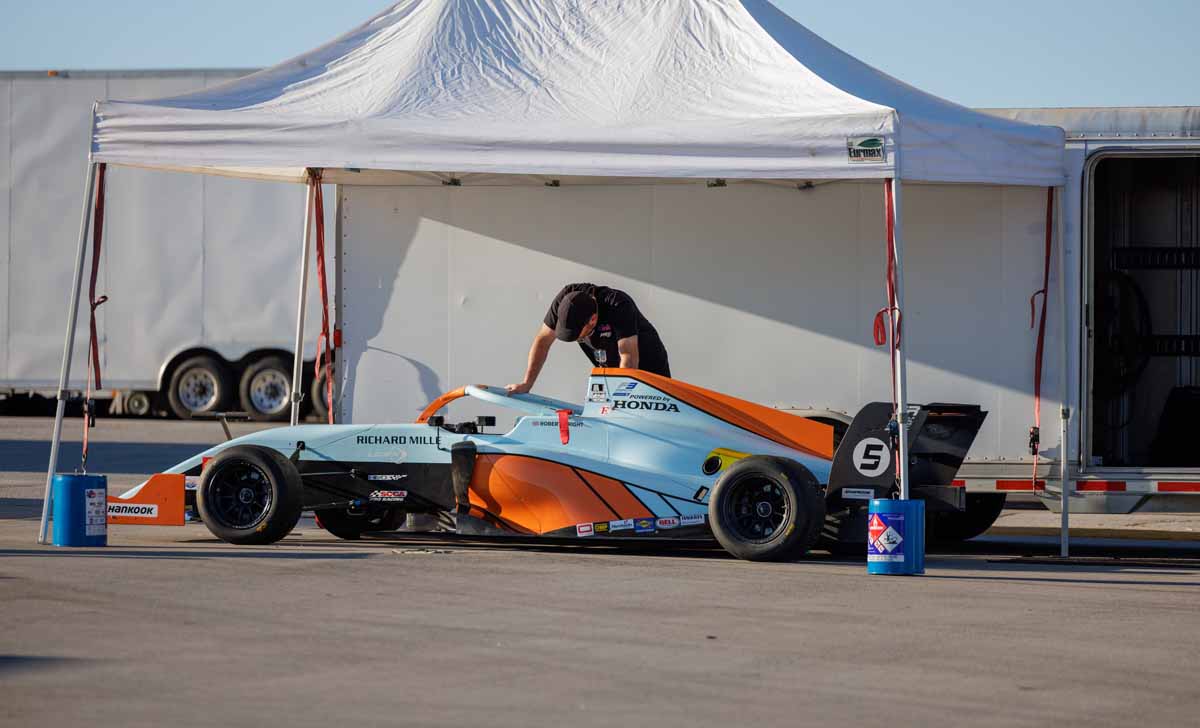 As a veteran of the sport and a long-time Atlantic competitor, Tonis Kasemets put his experience and knowledge to work in the first wheel-to-wheel action of the weekend as he drove to the race win after Keith Grant dropped a wheel in turn one damaging his suspension with a couple of laps to go and had to park the car. Always a threat whenever he gets behind the wheel, Tonis knows the Road America facility like the back of his hand and put that to use this weekend in a fierce battle with Grant. Richard Zober was the best of the rest in the Atlantic Spec class as he joined Kasemets on the podium in the second position while Christopher Ash was third. Peter Riggiero improved one position from his qualifying effort to finish fourth. 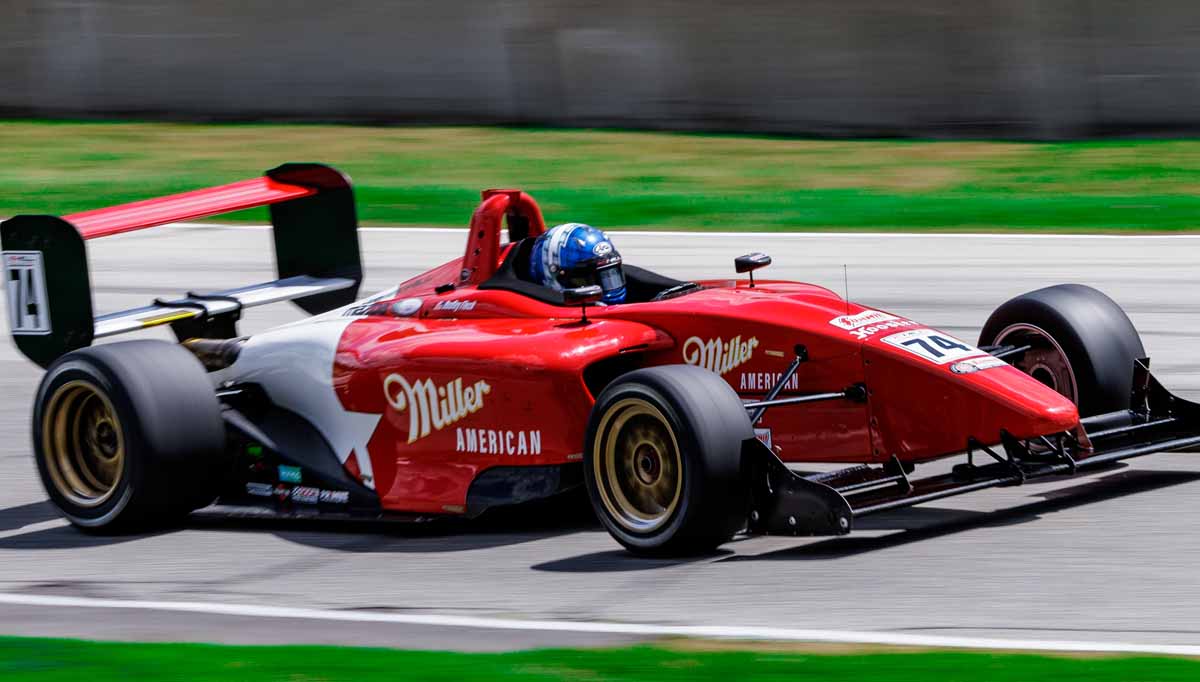 On the Atlantic Open side of the program, it was perennial frontrunner Austin Hill who found his way to the top step of the podium adding another win to his growing results resume. Kirk Kindsfater pushed him hard to the end and was able to join Hill on the podium in the second position as Robert A. Wright came home third.  Atlantic Open class pole winner Hayden Bowlsbey could not answer the green flag due to an unrepairable oil leak that developed during qualifying.  Bob Corliss had an incident on the first lap, damaging his rear wing resulting in a DNF. 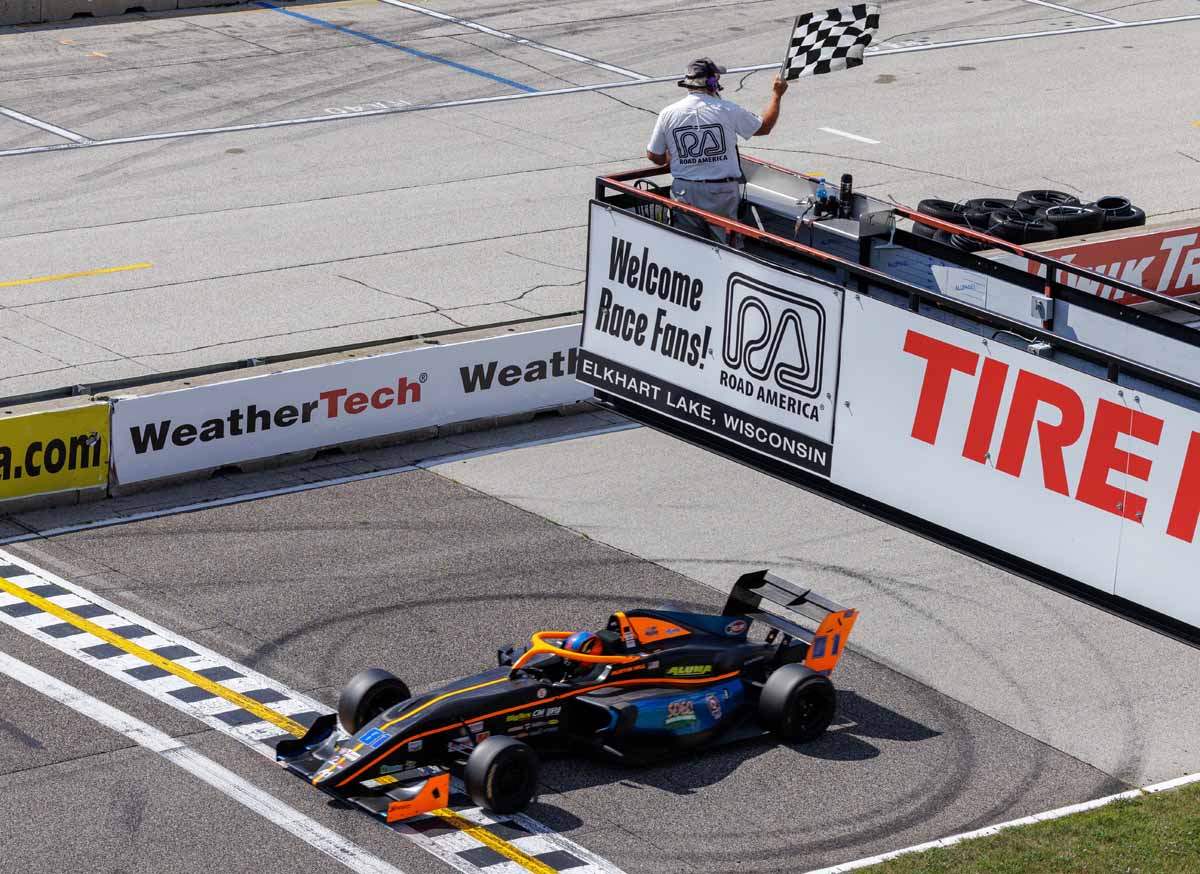 Race two of the weekend would see a different winner in the Atlantic class as Keith Grant rose to the occasion and took the win when Tonis Kasemets overheated with two laps remaining. The wheel-to-wheel action was tight up until that point and Grant was the man in the 16-lap race scoring the fastest lap of the race on lap 15. Richard Zober crossed the line in the second position to earn his second podium result of the weekend as Christopher Ash slotted into third.  Peter Riggiero and Tonis Kasemets were classified in fourth and fifth respectively.

It was Austin Hill who added his second race win of the weekend as he topped the Atlantic Open class to add another victory. In dominating fashion, Hill scored the fastest lap of the race for the Open class competitors to run away with the win. Kirk Kindsfater and Robert A. Wright joined Hill on the podium in second and third with Bob Corliss having a mechanical DNF, possibly due to his first race incident. 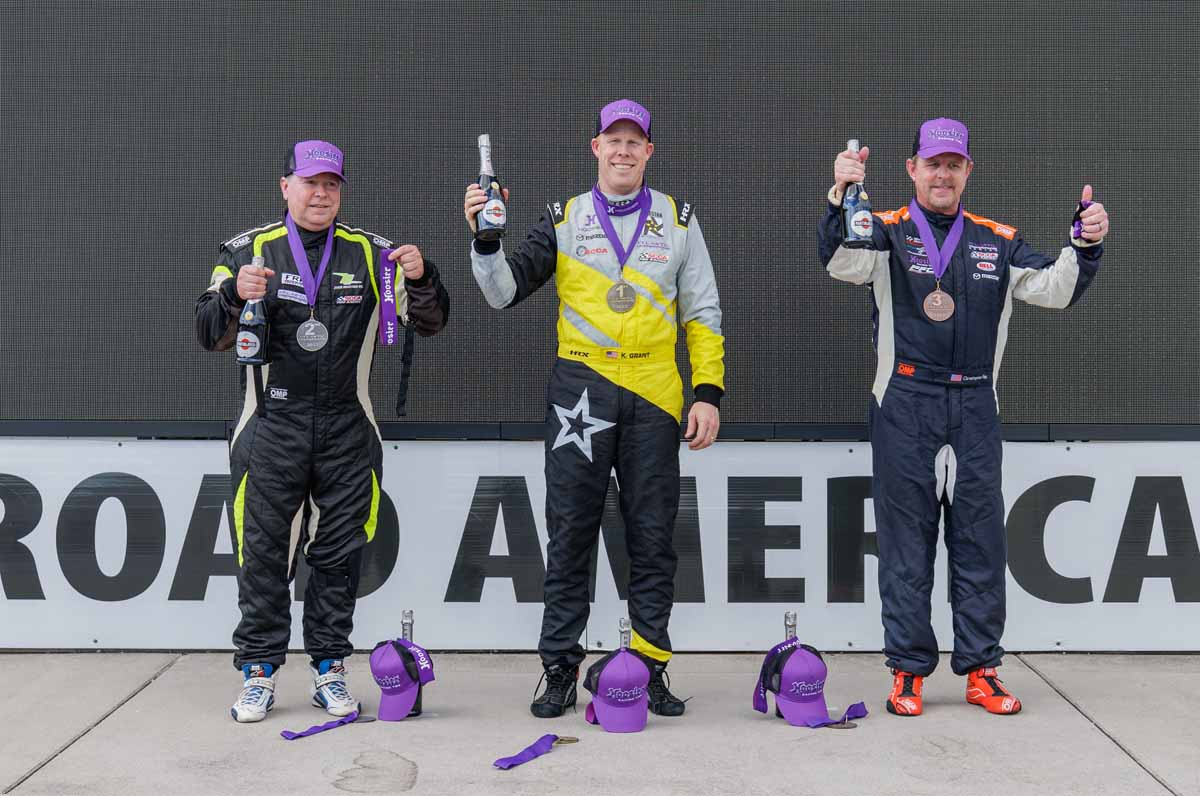 Next up for the Formula Race Promotions program is a trip to Summit Point Motorsports Park over the August 19-21 weekend. With a full slate of FRP classes, registration is now open at www.RaceFRP.com. 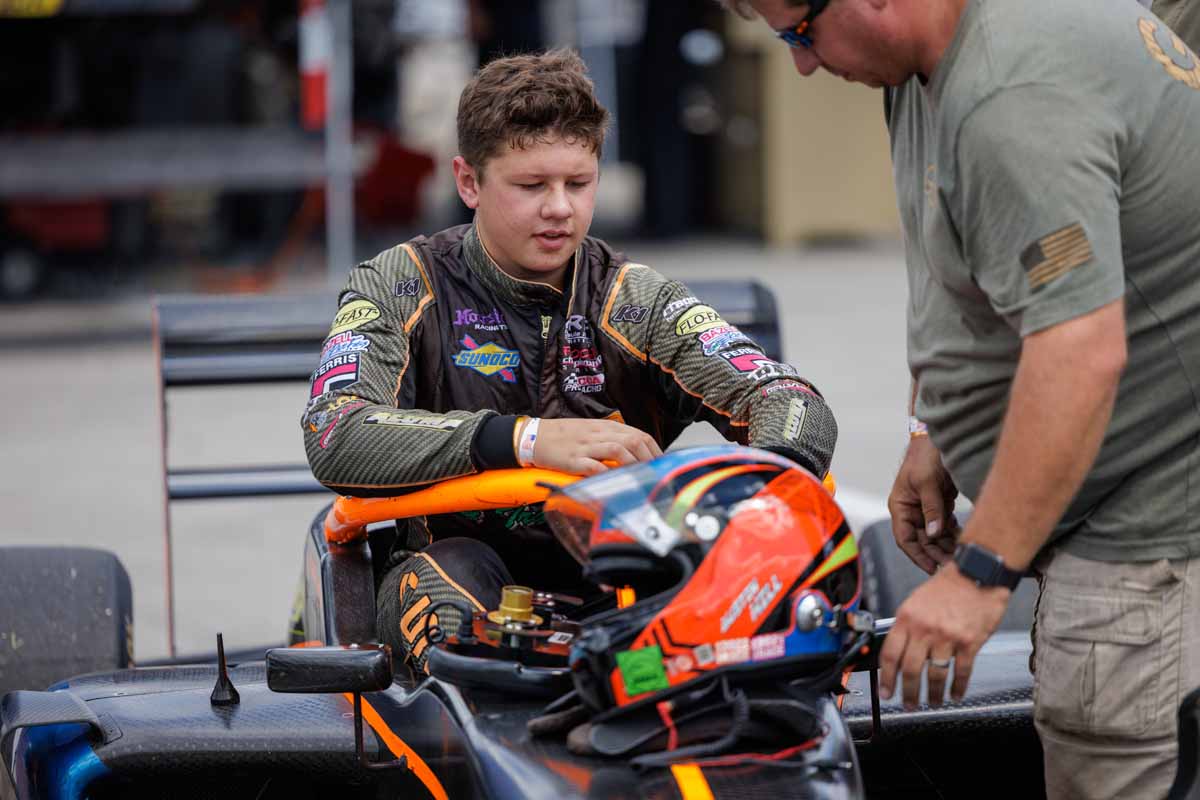