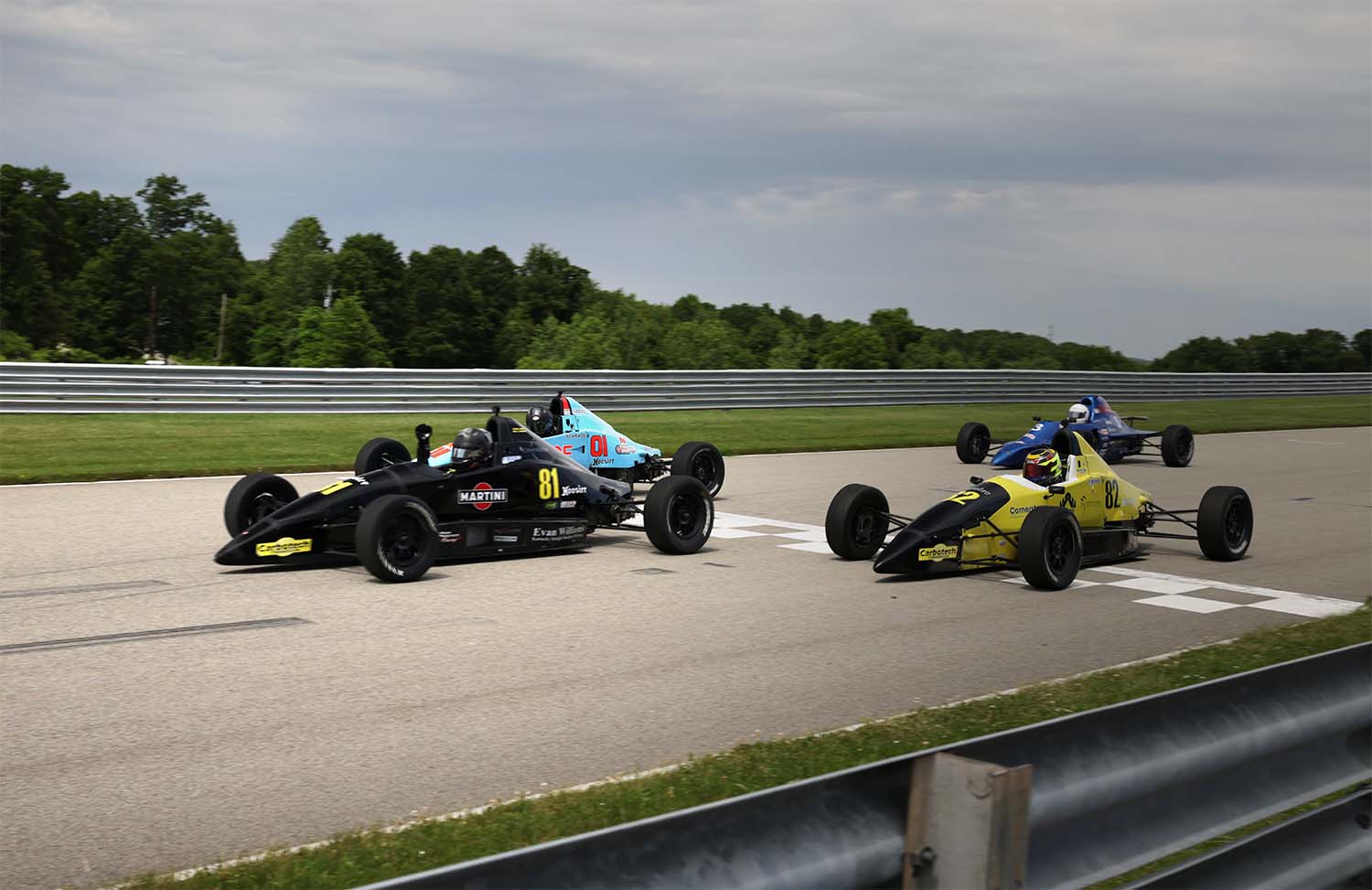 The Pittsburgh International Race Complex always provides for some great racing action and that held true this past weekend. With teams and competitors descending on the Wampum, Pennsylvania facility for round four of the Formula Race Promotions program, close racing, wheel-to-wheel action and a good time was had by all as drivers now shift their focus to the next one. With a one-month hiatus, FRP will return to competition over the July 8-10 weekend at the member only Autobahn Country Club.

“A huge thank you to Pitt Race, all of the FRP teams, competitors and staff for another amazing weekend,” explained Bob Wright. “We had all our classes together again and the schedule was jam packed, but we ran on time with very little disruptions. The racing once again proved to be great, and we will enjoy this little time off before heading to the next event.”

While FRP continues to advance winners into national level programs around the country, Formula Race Promotions is continuing to prove why they are considered the first step for drivers coming from karting to cars, but also a home for the veteran competitor who wants to compete at a very high level. With a mix of classes, ages and experience across all classes, new and returning winners are often seen each and every weekend. 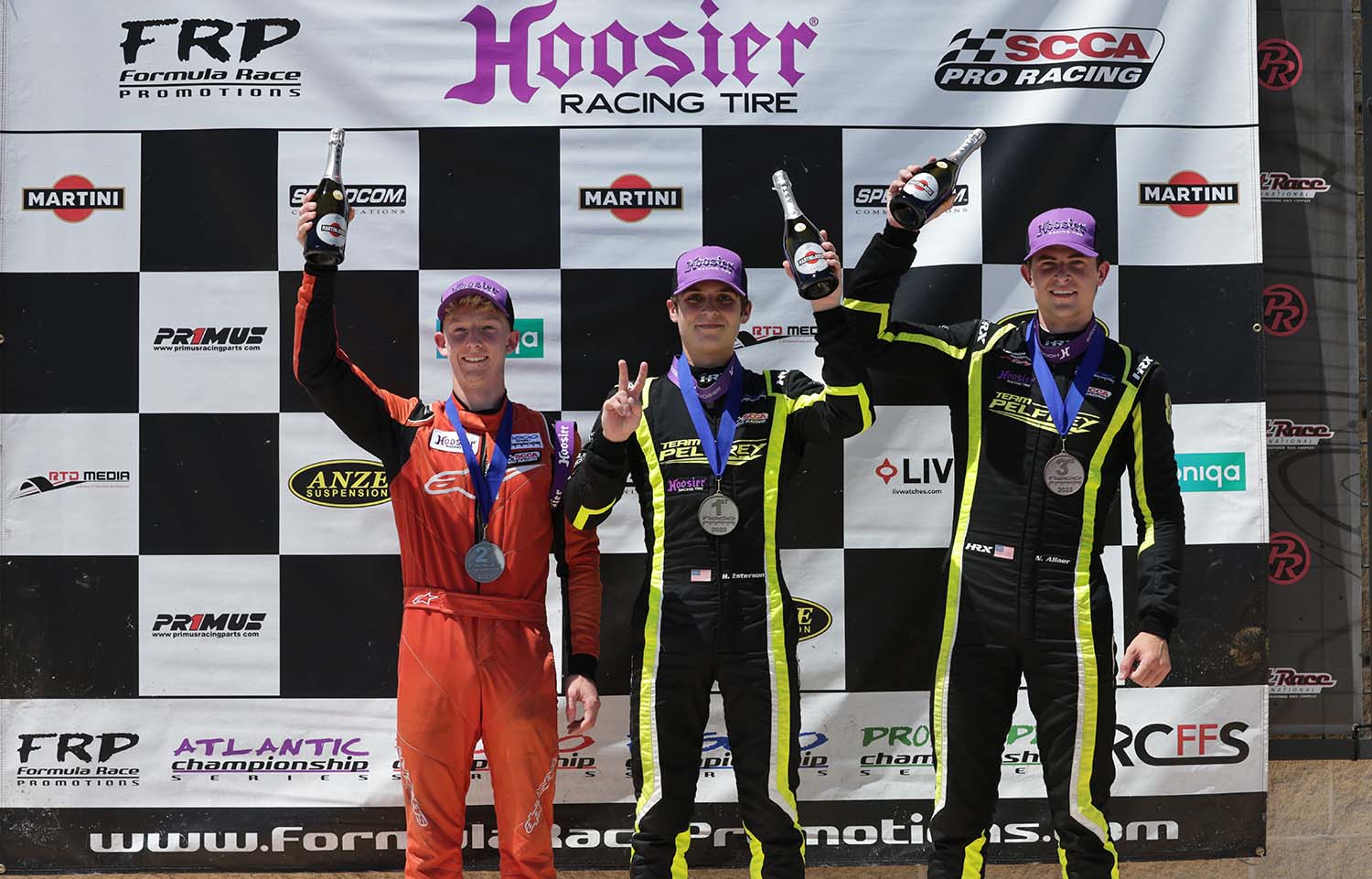 Hugh Esterson led the way in F1600 qualifying and in the first wheel-to-wheel action of the weekend as he put the #80 Team Pelfrey at the top of the results sheets. Rice Race Prep Thomas Schrage was the best of the rest to cross the line in the second position ahead of another Team Pelfrey entry, Nolan Allaer, who stood on the podium in third. Porter Aiken was the fastest driver in the top-five based on lap time as he climbed his way to fourth on track, just ahead of Tim Steele in fifth. Ayrton Houk, who went backwards early, recovered to score a tenth-place finish and the fastest lap of the race. Rob Albani took home the F1600 Masters race one win ahead of Bob Reid and Scott Rubenzer as all three celebrated on the podium. Theo Peppers and David Livingston would be your fourth and fifth place finishers.

Courtesy of his fast lap in race one, Houk earned the race two pole position as he would line up alongside Aiken. Round one winner Hugh Esterson would roll off the grid in race three ahead of Steele and Schrage in fourth and fifth. Houk was able to claim his first race win of the weekend as he rocketed away from his pole position to stay ahead of Esterson who crossed the line in second for his second podium result of the weekend. Jonathan Lee showed his pace as he climbed his way to the third and final step on the podium, just ahead of Nolan Allaer and Thomas Schrage in fourth and fifth. Rob Albani claimed the F1600 Masters race two win ahead of David Livingston and Bob Reid in second and third. Theo Peppes continued his pace and performance to finish fourth, just ahead of Scott Rubenzer in fifth.

Race three would see Thomas Schrage start from the pole position but it was Nolan Allaer who scored the race win putting Team Pelfrey on top during the third and final wheel-to-wheel action in F1600 this weekend.Requiring photo finish verification, Thomas Schrage would hang on to cross the line in the second position, just ahead of Ayrton Houk in third. Jonathan Lee and Porter Aiken rounded out the top-five. Rob Albani achieved a hat trick for the weekend, as he was again the winner in the F1600 Masters class, but this time it would be Scott Rubenzer and Dave Petzko who joined him on the podium in second and third. 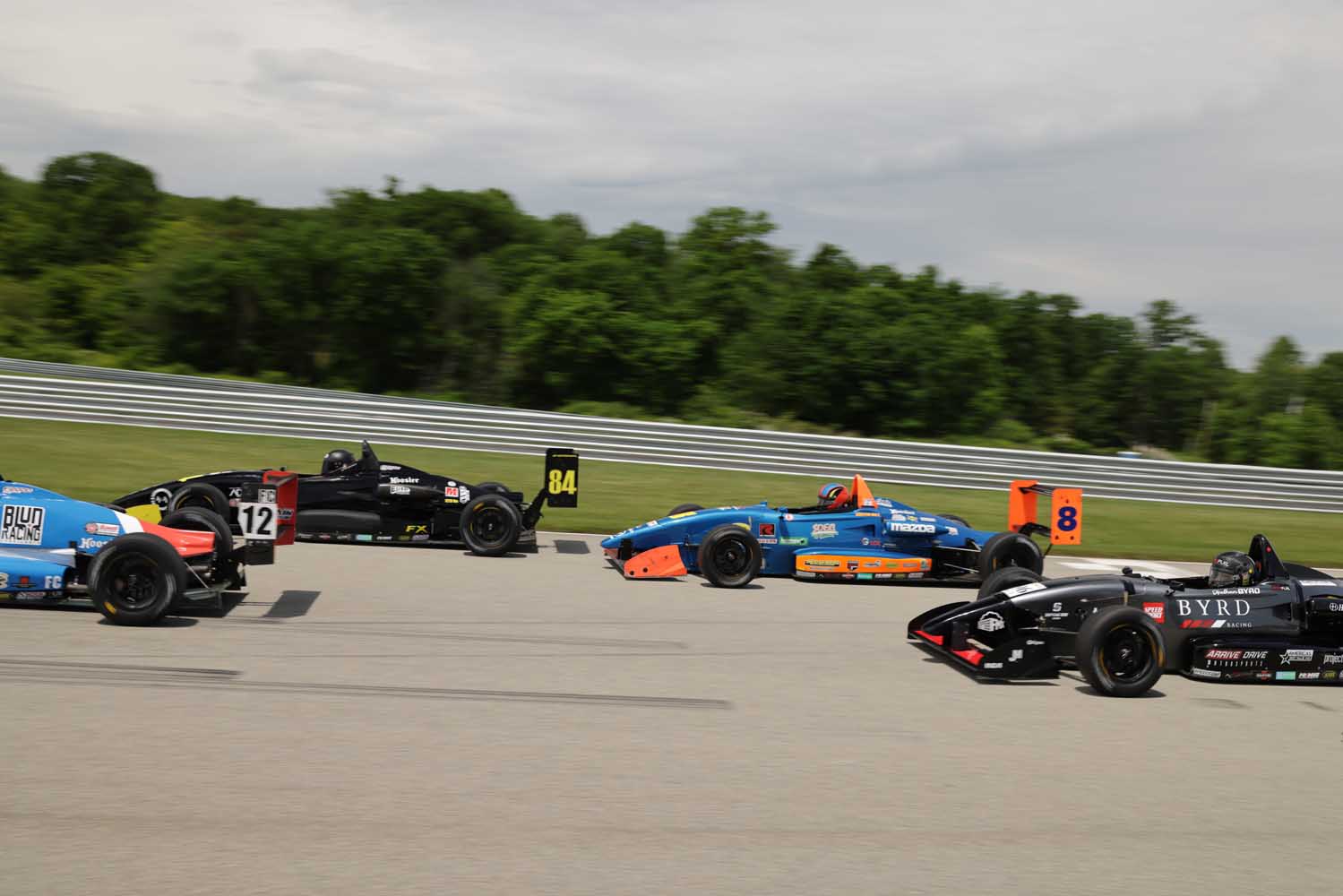 It was Nathan Byrd who converted his F2000 Pole Position from earlier in the day to score his first race of the weekend for Arrive Drive Motorsports. Austin Hill scored the fastest lap of the race to cross the line in second and show he has the weekend pace to challenge for the win with Team Pelfrey’s Dexter Czuba rounding out the podium in third. Arrive Drive Motorsports put two on the top-five with Laura Hayes in fourth as Andrew Gamble crossed the stripe in the fifth position. The talk of the paddock was the eighth-place finish of Greg Peluso and Mike Pepitone as the pair ended race one in a dead heat. After extensive video review, both drivers crossed the line at the exact same time and were awarded eighth place points.

JC Trahan was the man of the hour in round two as he was able to take his pole position and turn that into a race win in the second F2000 race of the weekend. Trahan also secured the fastest race lap as he raced to the checkered flag ahead of Dexter Czuba and Austin Hill who battled for second and third. Nathan Byrd narrowly missed the podium to end his weekend with a P4 effort while Laura Hayes was fifth. 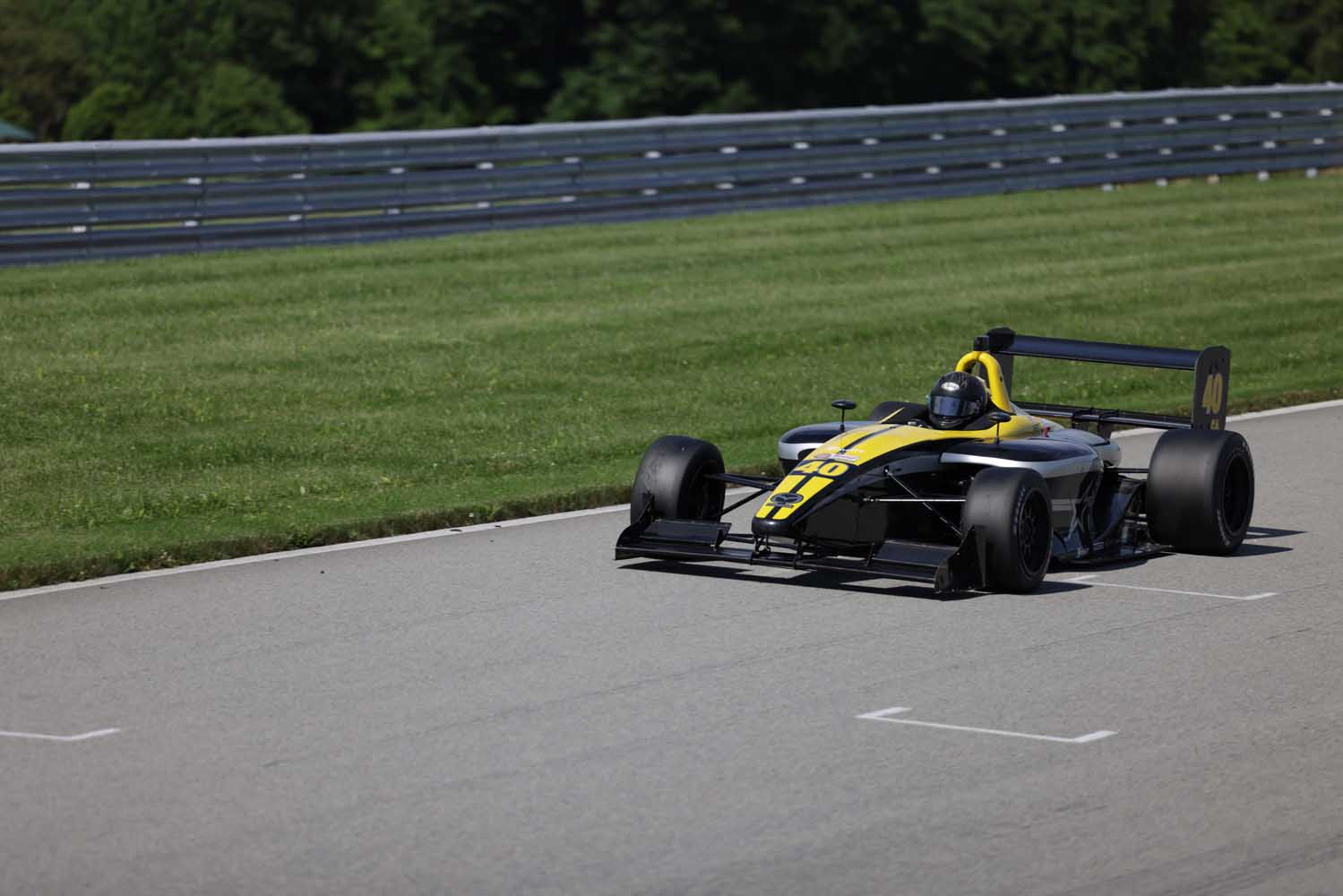 Starting from the outside of the front row, Flinn Lazier rose to the occasion when the wheel-to-wheel racing commenced to take the victory in the Atlantic class. Keith Grant would cross the line in the second position ahead of the Atlantic Open winner Bruce Hamilton who was third overall. Austin Hill earned the second step on the podium in the Open class, just ahead of Nathan Byrd as Richard Zober was third in the Atlantic Spec class.

Lazier made it two-for-two n the weekend earning the race two win as he and Grant had a carbon copy of the race one results sheet in race two. Richard Zober would be classified in the third position. Bruce Hamilton rose to the occasion in the Open class to take the checkered flag ahead of Austin Hill and Nathan Byrd who joined him on the podium. 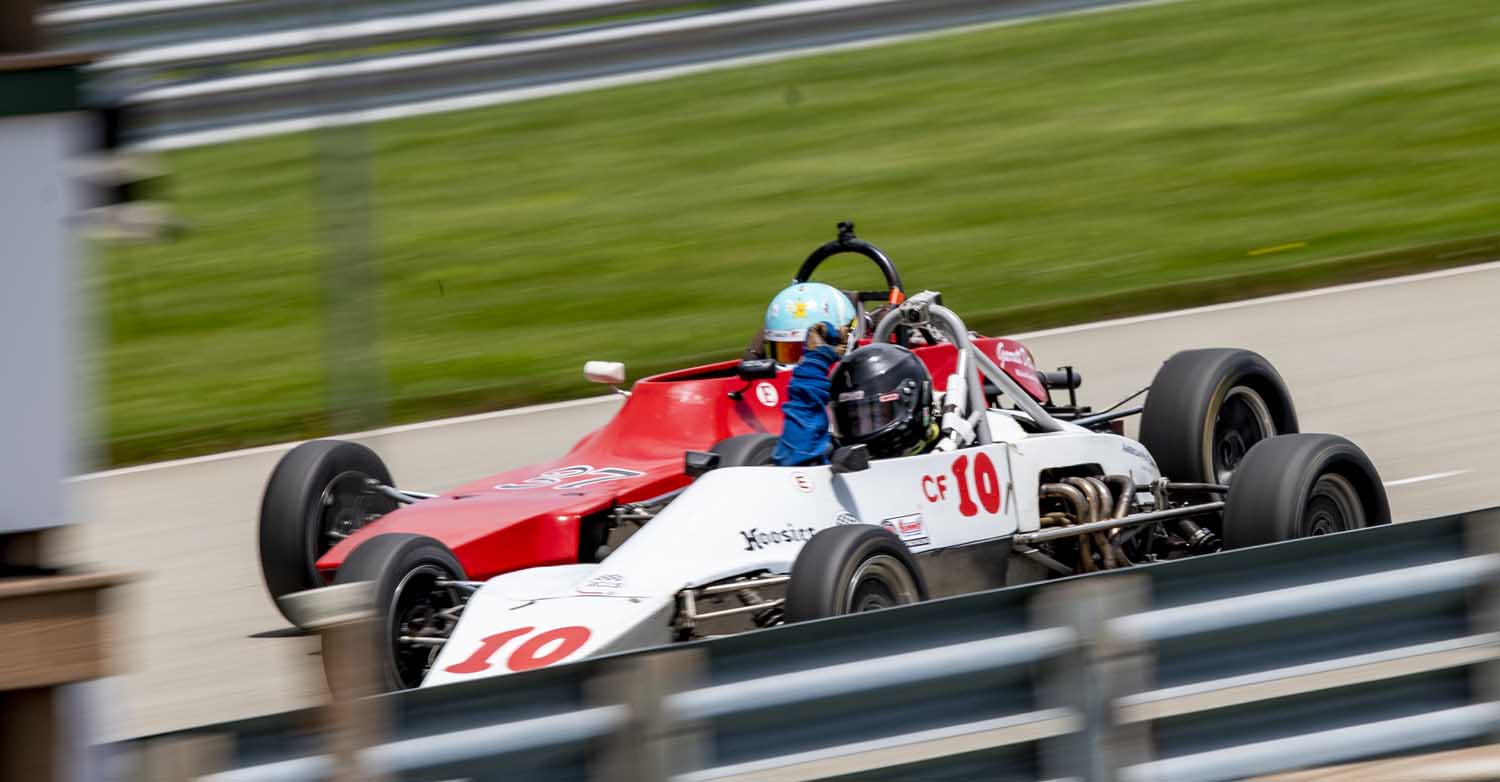 Just as many others did on Saturday, Garett Dettman turned his pole position into a race win as he pushed his G-Force Motorsports entry to the top of the time sheets. Dave Harmison leveled up one position from third to second in the race one results as he disposed of Steve Roux who fell to third. Mark Walthew made his first appearance in the top-five to finish fourth with Thomas Venturino in the fifth position.

Race two of the weekend would see Dettman start from the inside of the front row with Harmison to his outside. Row two would be occupied by Roux and Walthew as Venturino and Kingham started fifth and sixth respectively. Roux would get the last laugh as he drove to his first victory of the weekend ahead of Harmison and Dettman who joined him on the podium in second and third.

Dettman would roll off the grid for race three from the weekend from the pole position but was unable to maintain his position at the front of the field. Dave Harmison found his way to the front to take the third race of the weekend and climb to the top step of the podium. Dettman would follow close behind to score the runner-up position as Steve Roux found his way to the third and final step on the podium. Mark Walthew was able to cross the stripe in fourth ahead of Thomas Venturino in P5. 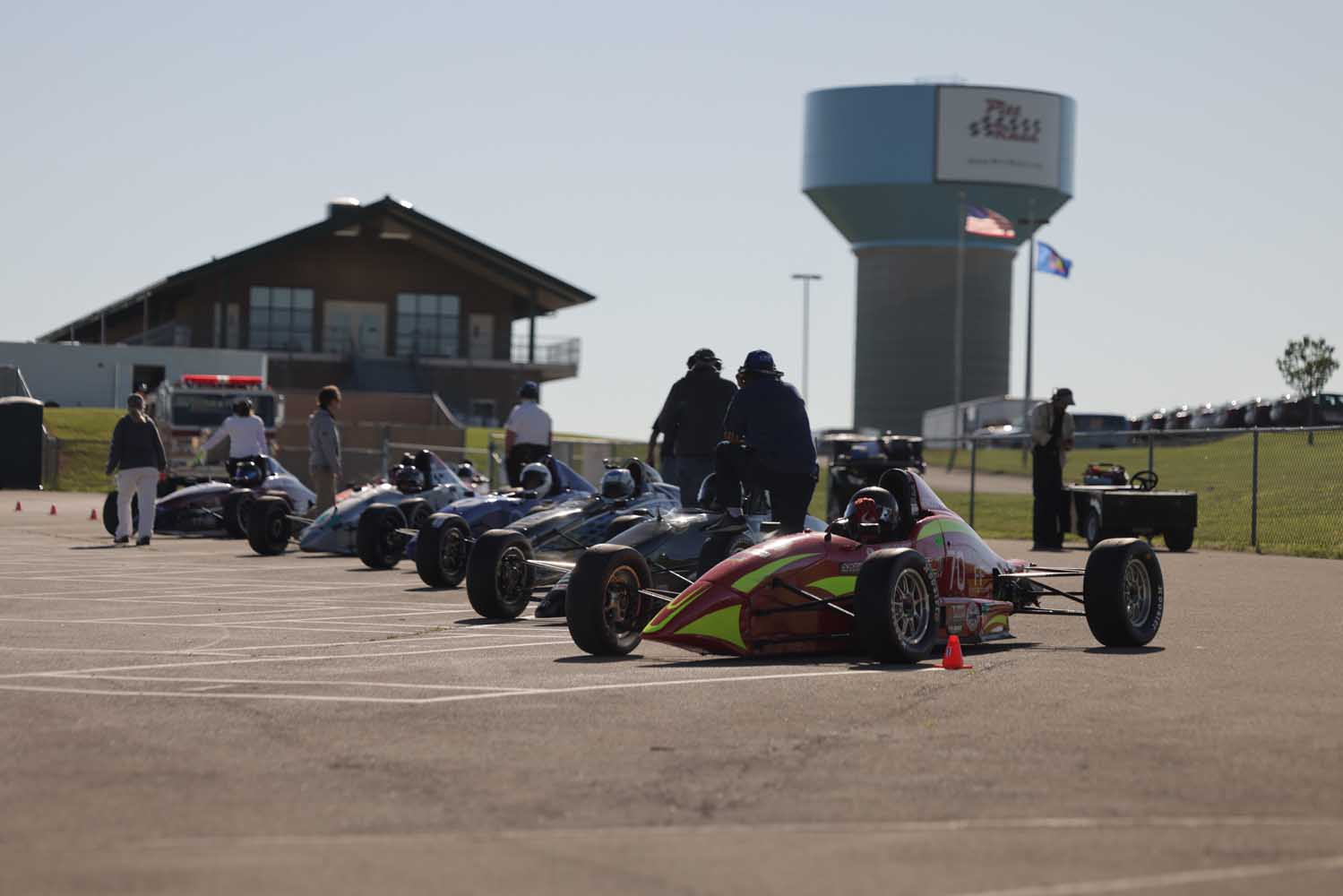 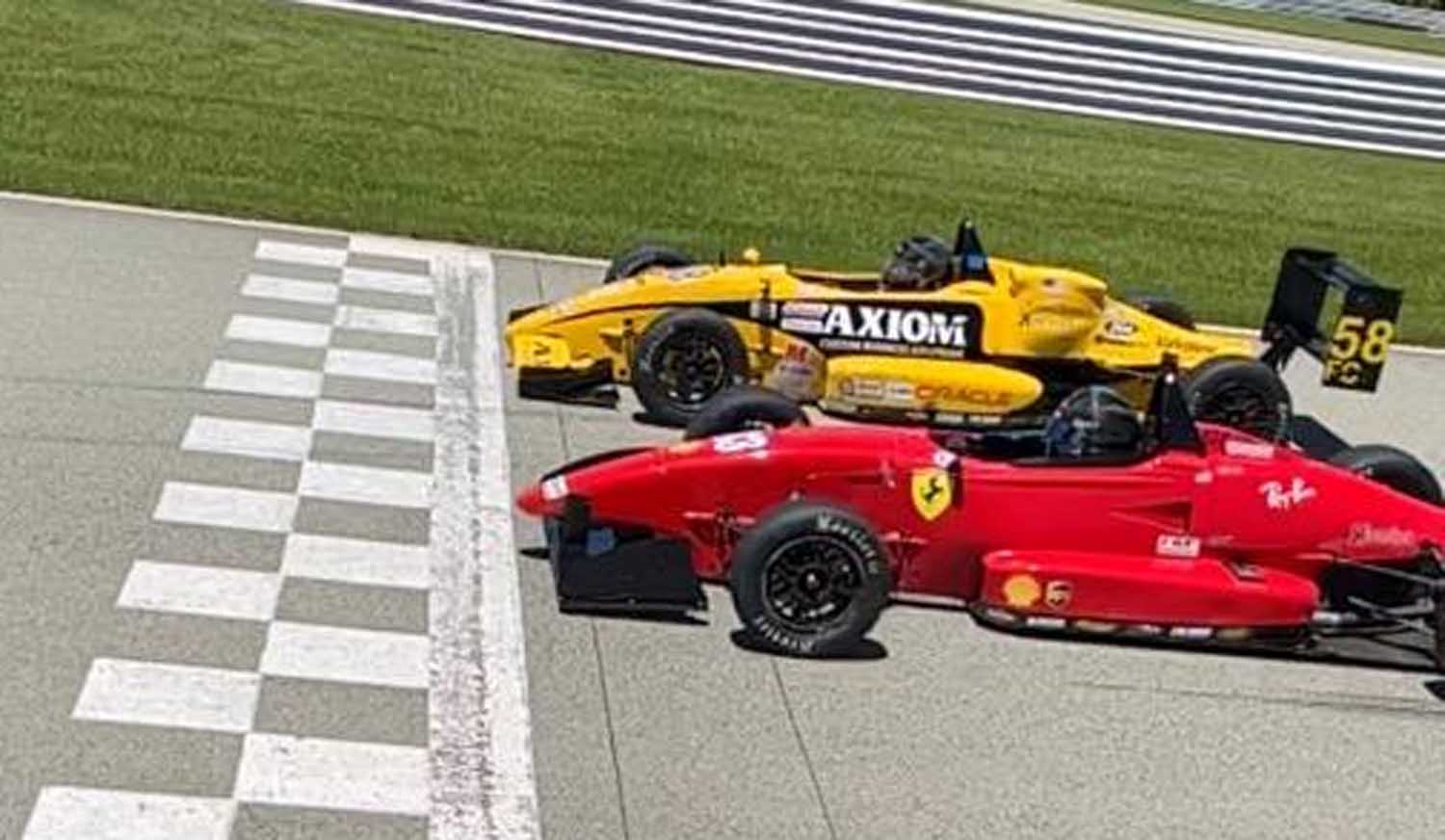 Teams and competitors in the Formula Race Promotions program will now begin preparations for round five at the member only based Autobahn Country Club in Joliette, Illinois in one month’s time over the July 8-10 weekend.