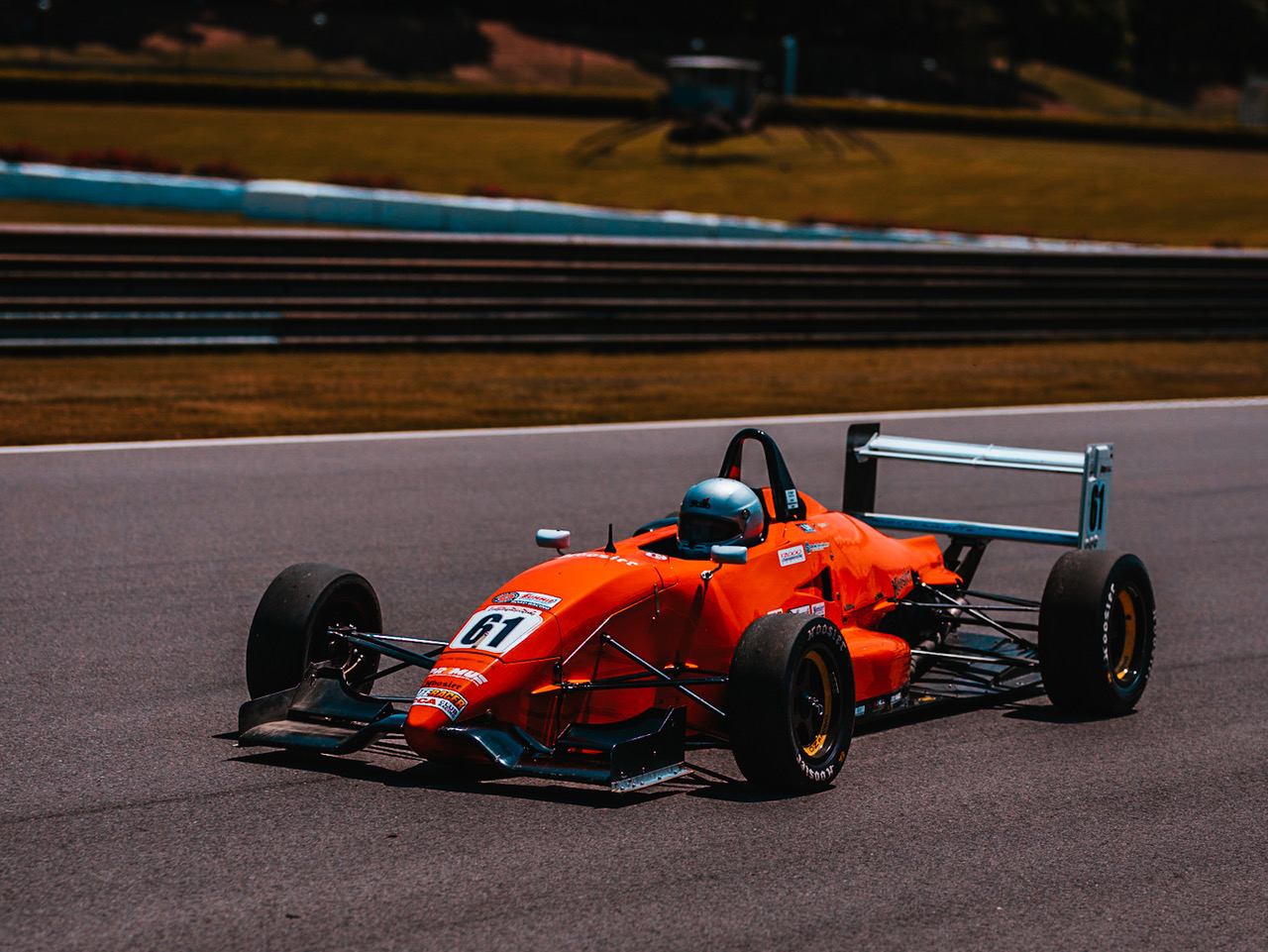 With the 2022 schedule announced in November and the holiday season come and gone, Formula Race Promotions is looking forward to the start of another successful campaign, and the staff at FRP is primed and ready to continue providing one of the best racing platforms for rookies and veterans in the United States.

“We have had a ton of excitement and interest for 2022, and motorsports across the United States is on the rise,” explained Robert Wright. “We have new drivers that will enter our program this year as well as some new teams. We can always rely on the diehards that have supported FRP year-after-year, and I personally can’t wait to thank every one of you in person in April.” 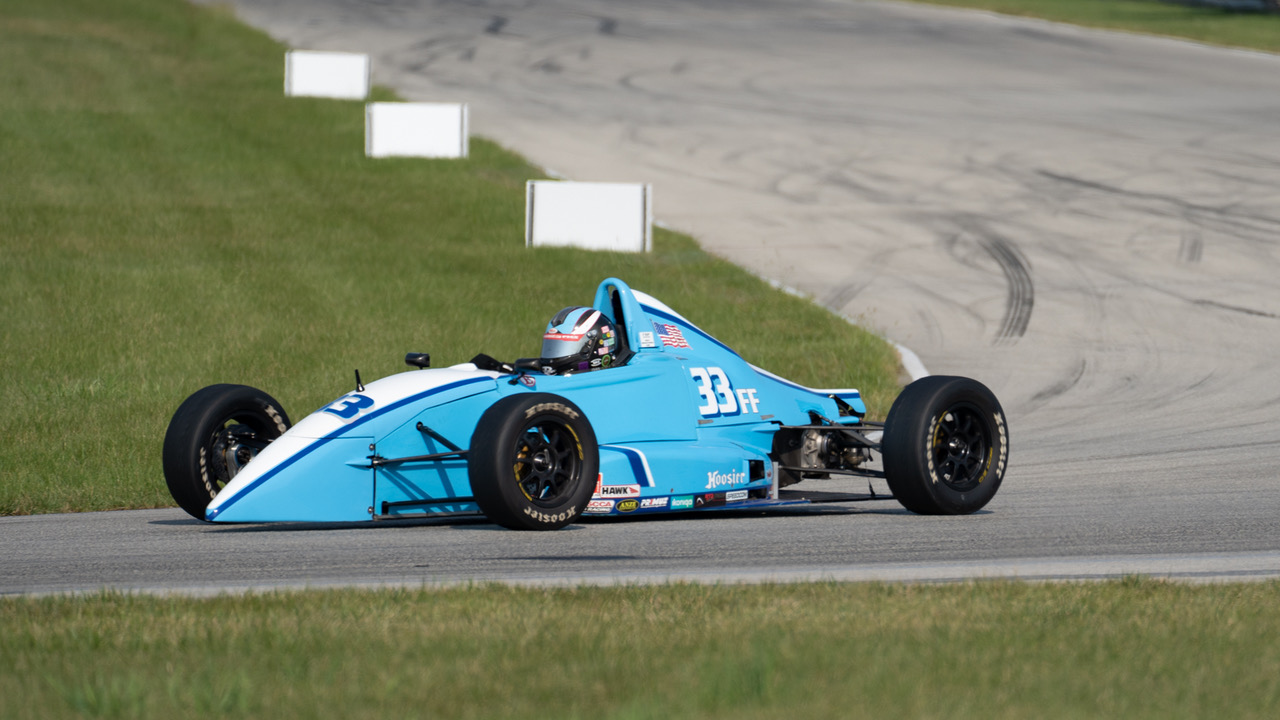 As it has been for quite some time, the F1600 grid is expected to be plentiful as top teams such as Rice Race Prep, Team Pelfrey, Exclusive Autosport and more have confirmed their participation in 2022. Offering both the regular and masters class, FRP will continue to run a race within a race and a championship within a championship.

Team Pelfrey will continue to run at the front of the F1600 grid as they will bring four drivers in 2022 including Hugh Esterson, Ayrton Houk, Nolan Allaer, and David Adorno. These four will look to follow in the footsteps of many other Team Pelfrey graduates including Robert MeGennis (IMSA), Ayla Agren (W-Series), Team USA Scholarship Winners Max Esterson and Jonathon Kotyk, F1600 Championship Winner Matt Cowley, 2021 Series Champion Nicholas d’Orlando, Dylan Christie and Josh Green.

“The F1600 is the place to race and that has been proven by the professional drivers that have advanced up the ladder after getting their start in FRP,” explained Team Pelfrey’s Geoff Bushor. “We have had several graduates and a lot of success, but it is the competition that drives us to continue to strive and win. We can’t wait for 2022 to start.”

"We are really looking forward to the 2022 FRP F1600 Championship,” added Exclusive Autosport’s Michael Duncalfe. “The FRP is a fantastic series for open wheel competition. Exclusive Autosport plans on running 1-2 cars throughout the season, and we should have some announcements soon.”

With his sights set on the top step of the 2022 podium will be returning driver Thomas Schrage, driving the #01 Rice Race Prep Mygale for the full season, leading an expected three car team with Greg Rice at the helm.

And though the front pack gets much of the limelight, there is great competition throughout the 1600 field, and the Masters class with returning veteran drivers including Scott Rubenzer, Mike Scanlon, David Livingston Jr, Bob Reid, Sam Lockwood, Rob Albani, Joe Colasacco, Robert Perona and Steve Oseth are again looking forward to some great competitive racing, and the not infrequent opportunity to mix it up with the “youngsters”.

“For 2022, my plans look pretty similar to 2021 with a part time, four race weekend schedule planned,” explained William Velkoff. “After an extensive car rebuild before the 2021 season, I'm focused this winter on damper, suspension, and chassis setup development in pursuit of more speed and consistency in 2022. We finished the final race at Pitt with a strong top-ten performance which was very encouraging. I'm hungry to become a regular top-ten contender this season!” 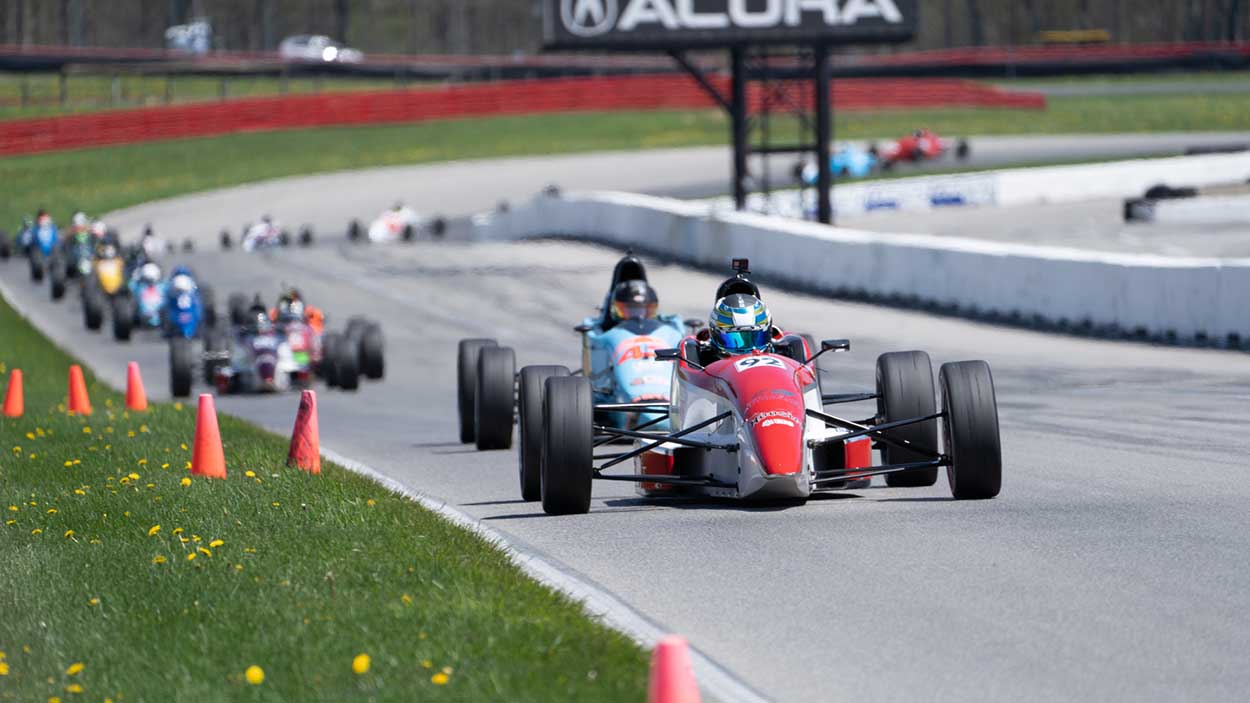 The Global Racing Team will be back in FRP action in 2022, positioning itself for another successful year in both the F1600 and F2000 classes.

“We learned some lessons with last year being our maiden season, but we were able to learn quick enough to take the F2000 championship (with driver Trent Walko),” explained Global Racing Team Coordinator Sean Hallissey.  “This year we are focused on implementing those lessons from day one in both the F1600 and F2000 series, and we're confident our upward momentum is only going to speed up.” 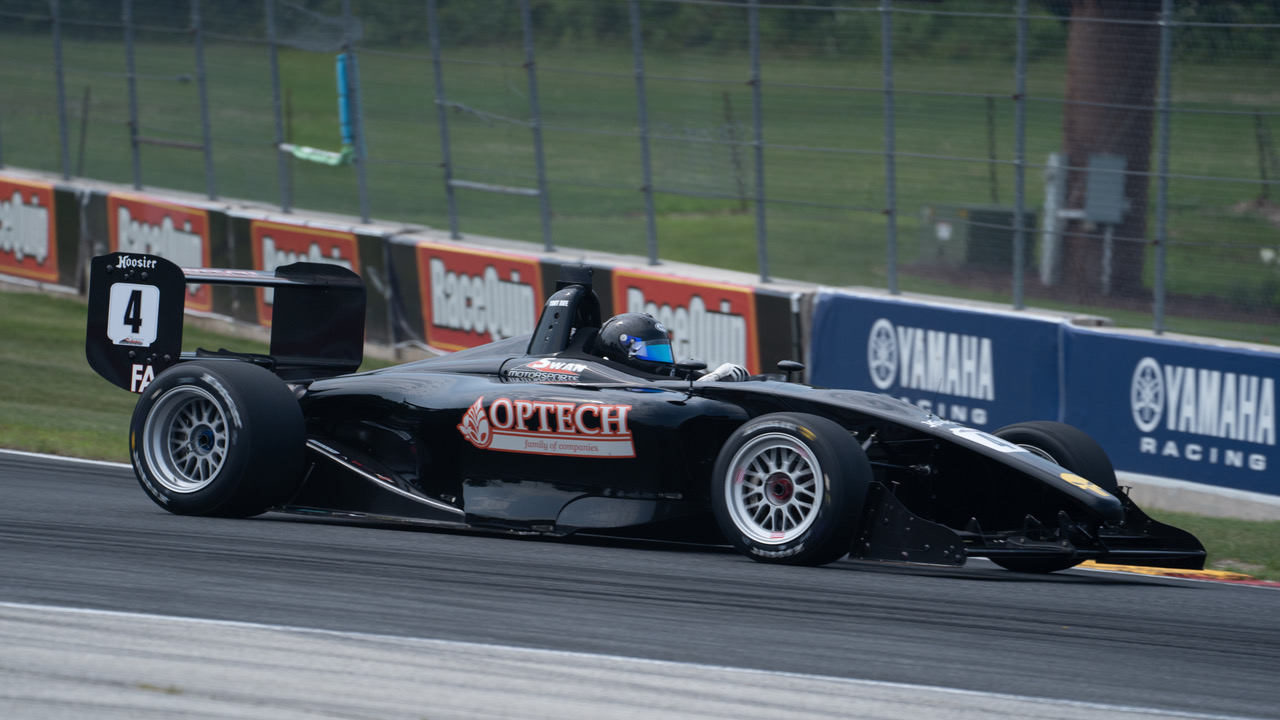 The Atlantic class has been something that FRP took under its wing originally in 2012 as they worked with car owners and drivers to build a program that would best suit them. In 2022, a renewed focus has been placed on the Atlantic contingent with stand-alone series events at Road America while joining the full slate of FRP classes at several others.

In the Swift 016 class with all engine restrictors now off, expect to see a slew of long time FRP supporters joining the competition including Dudley Fleck, Richard Zoner, Chris Ash, Larry Howard and Keith Grant; and in the newly rebranded Open Class, Austin Hill and Bob Corliss will renew their competitive camaraderie as Bob seeks to replace Austin as this year's champion.

Wright continued, “The Atlantic Championship is an important aspect of open wheel racing and as the numbers went down, the motivation went up to support the series. We are working hard with the Atlantic drivers to make sure that they have a place to compete, great venues to race at as well as a properly structured championship under the FRP banner.” 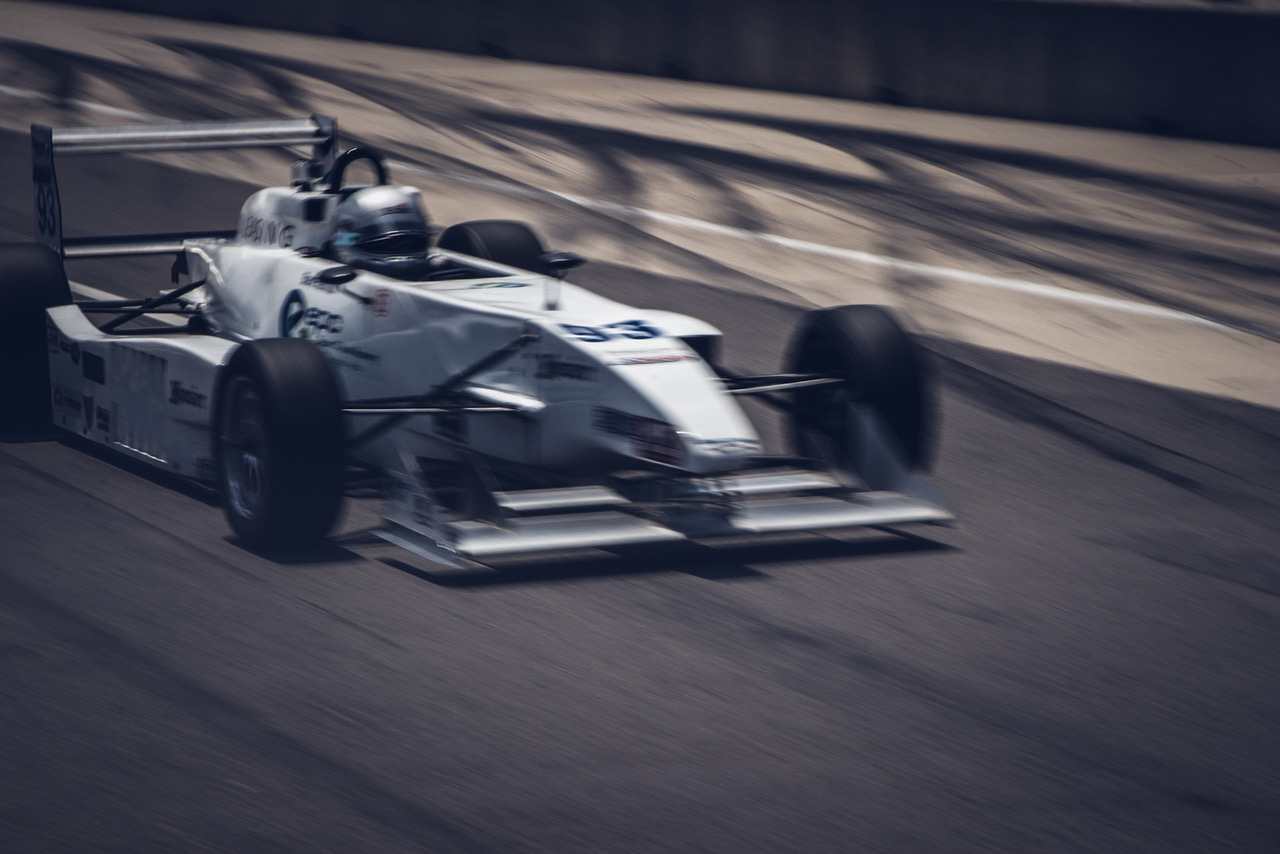 The 2022 Formula Race Promotions program will mark another year that the series welcomes the contingent of career minded drivers. With alumni including 2021 Walter Hayes trophy winner and Team USA driver Max Esterson, USF2000 driver Simon Sikes, IndyCar competitors Colton Herta and Connor Daly, IMSA’s Jordan Taylor and Robert McGennis, W-Series competitor Ayla Algren, who used her F1600 Championship to launch a motorsports career, and more, FRP has become the true step from karting to cars through their F1600 and F2000 efforts. While drivers learn skills, gain experience, gather knowledge and hone their race craft with the maximum amount of track time and green flag laps per race weekend, they can then advance to other open wheel programs with the confidence from what they learned at FRP as they look to climb the motorsports ladder.

Wright added, “We have helped launch the careers of many, and we hope that our programs along with our race teams can continue to build the stars of tomorrow. Nowhere in the country can you race grids of our size with close racing and a fair and level playing field.”

New for 2022, licensing and sanctioning will run through the Parella Motorsports Holdings Group, who have assumed operational control of SCCA Pro Racing. “We are working with PMH to get all the details figured out, and maintain the connection to SCCA Club and the ProPath for the runoffs that we have always worked hard to keep open for our competitors. Registration is open for all events, and any missing details will be filled in soon,” explained Wright, adding, “Come join us, it’s going to be a great season!!!”

“The goal of FRP is to provide a home for both young racers looking to hone their skills, as well as experienced veterans who race for the competition and enjoyment,” concluded Wright. “While we make every effort to make FRP the most affordable program in the country and the highest green flag laps per dollar, we also want to provide the best program possible, and we feel that our 2022 schedule will accomplish that.”