Driver Hugh Esterson's F1600 Round One Recap from CMP 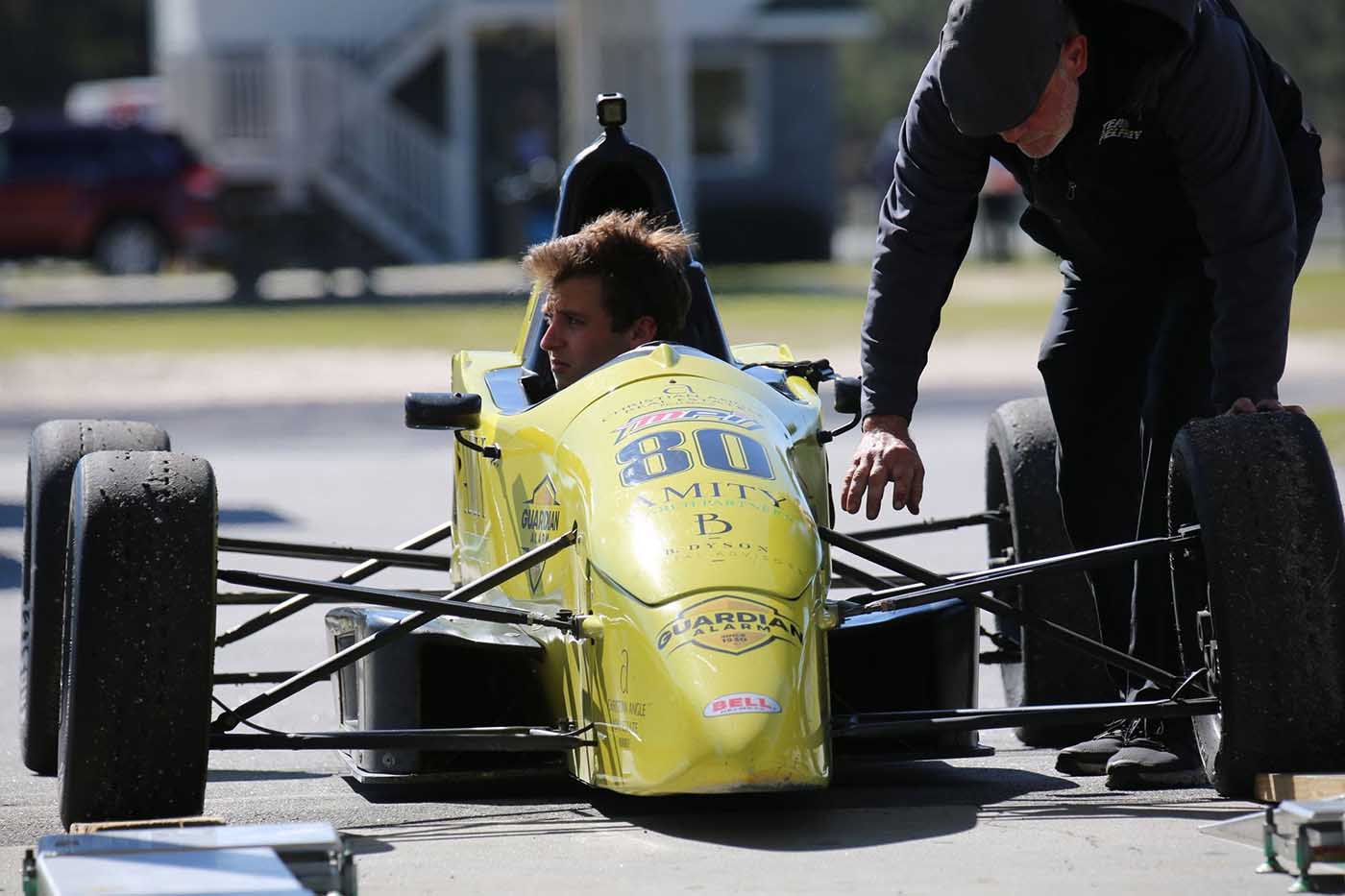 Hello! I'm back to recap my first race weekend of 2022. Last weekend brought mixed results with some tough lessons learned and a podium, too.

Following a day of classes and exams at Duke last Thursday, I made the 3-hour-long drive down to Carolina Motorsports Park (CMP) for the opening round of the FRP F1600 Championship Series. Waking up early Friday, we had a busy day of practice with four sessions. Out of the 21 entries, we had strong pace, leading each of the first three testing sessions on Friday and were well on pace in the fourth and final session of the day before encountering an engine misfire.

On Saturday, after replacing the engine harness for final practice, I again sat atop the leaderboard, setting the fastest lap of the entire weekend and had the #80 car dialed to a setup that was comfortable, consistent, and fast. In qualifying, the three-car armada of Team Pelfrey was never quite able to orchestrate the perfect draft sequence, often interrupted by several other competitors who were leaching off of our pace. Although I was on pole for the majority of the 30-minute session, I ultimately ended the session P2, which was well within striking distance to kick off our first race of the season on a good note. 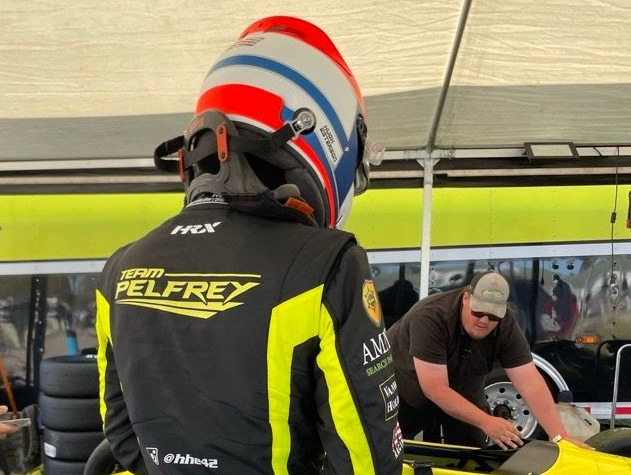 As the final session of the day and with lots of pent-up anticipation, Race 1 was, in one word, chaotic. I got away well at the start, slotting into second before a full-course yellow was displayed for an incident in Turn 1. After a few laps under yellow, I made a misjudgment on the restart, becoming caught off guard and missing my braking mark entering Turn 1. I impacted the right rear tire of the leader, sending me up and over the right side of his car and off the track with damage too severe to continue.

While crashes and mistakes are an inevitable part of racing, I was gutted to have made this mistake this early in the season, removing not only myself, but also a competitor from the race before we had truly gotten underway. In retrospect, it was even more frustrating as the two of us were in a class of our own this weekend. After extending an apology that was eventually accepted, I moved on and focused on recovering some valuable points on Sunday. As someone who had not been fully at fault for a crash in my short racing career previously, it was a painful but worthwhile lesson to learn.

Races 2 and 3 took place on Sunday. As the final punch in the gut from the previous day's mistake, the grid for Race 2 is set by the fastest lap from Race 1, meaning I would start at the very tail of the field in P20. Luckily, Race 2 was far less hectic, and I was able to pick my way through the field precisely and swiftly. With the pace that I had, it became quite fun (though never desirable) to work through the field, eventually finding myself on the last step of the podium in 3rd at the checkered flag. In the last laps, I clocked a few of my fastest laps of the race, setting a time to capture pole for Race 3 and was beginning to reel in the two leaders. Unfortunately, the race was cut a few laps short due to a cleanup for an engine that had blown mid-race, ending my charge to the lead. Nonetheless, I was glad to secure a podium and complete an excellent recovery drive. 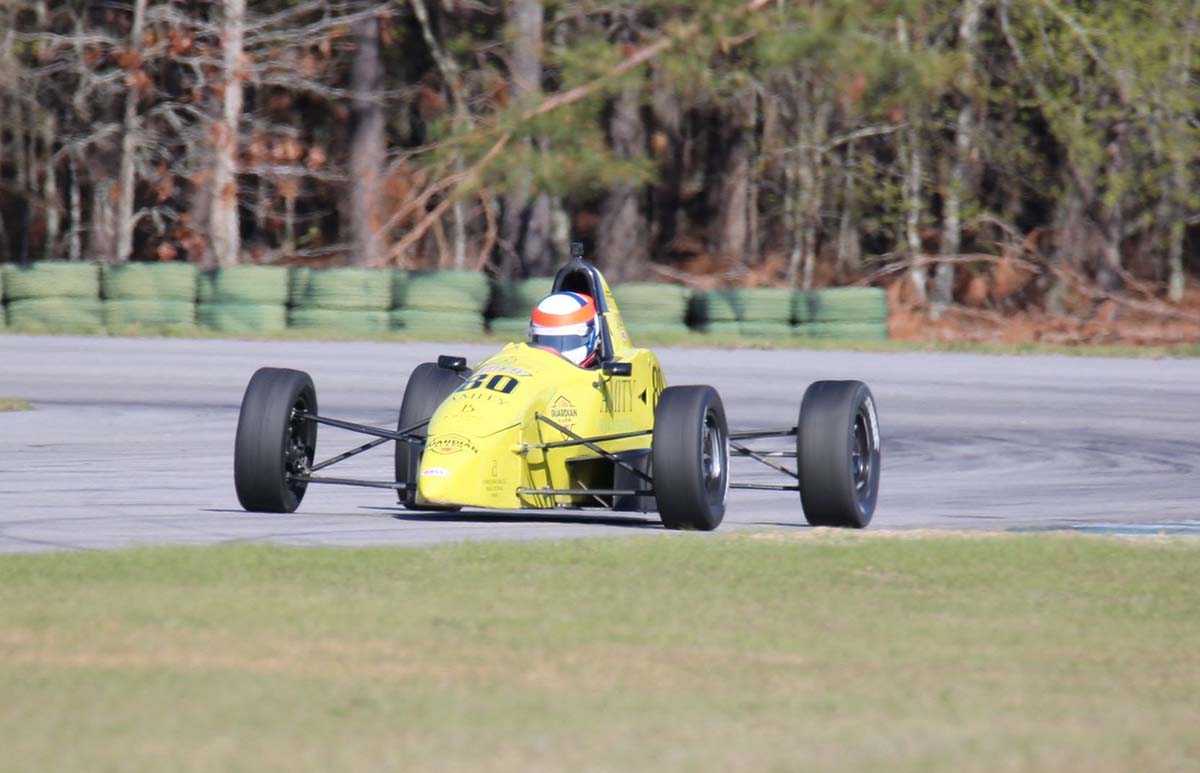 My quickest lap of Race 2 put me on pole position for Race 3. The third race again started smoothly, as myself and another car broke away from the pack, swapping spots up front. At the end of the fourth lap, however, the two of us made inadvertent contact in Turn 11 at the end of the backstraight. While the move was not an aggressive one, we were racing each other tightly and brushed rear tires, which sent me for a spin with my competitor continuing on unharmed. By the time I was righted, I was relegated to 17th. Over the next few laps, I put my head down and drove as hard as I could, ultimately reaching P14 before the race was shortened due to another incident.

To put it mildly, the weekend was a disappointing one. Almost identically to last year, I found myself leaving CMP with a hard-fought podium, a DNF, and a compromised result due to a racing incident. On the bright side, though, I truly set the pace this weekend, topping the times in 5 sessions and asserting myself as a force at the top of the pack. Erasing a few mistakes will be key, but with 3 “dropped” races that will not count to the final points standings, the fight is far from over!

Thanks again to all my supporters on-board for this year, including Christian Angle Real Estate, Amity Search Partners, B. Dyson Capital Advisors, Guardian Alarm, Vanwall Holdings, and MPI. A big thank you also to Team Pelfrey for their tireless work last weekend and a special shoutout to all my friends who were able to make the trip down to come watch – it's always a fun time having guests at the track.

Over the next few weeks, I am focused on revamping my physical fitness regimen, along with resetting and recharging before my next time on track. I will have a relaxing break for the Easter holiday next week before the rush of my final week of college classes. The next round of the F1600 Championship will take place at the end of the month (April 29-May 1) at one of America's most iconic and great road courses, Mid-Ohio Sports Car Course in Lexington, OH. I'm looking forward to continuing my strong pace and plan to bring home some more consistent finishes for the rest of the season.

Until then, I wish everyone a great weekend and a happy Easter!

P.S.: In case you missed the first edition of this newsletter or have recently been added to the subscriber list, below is a link to the previous edition's introduction and season preview.