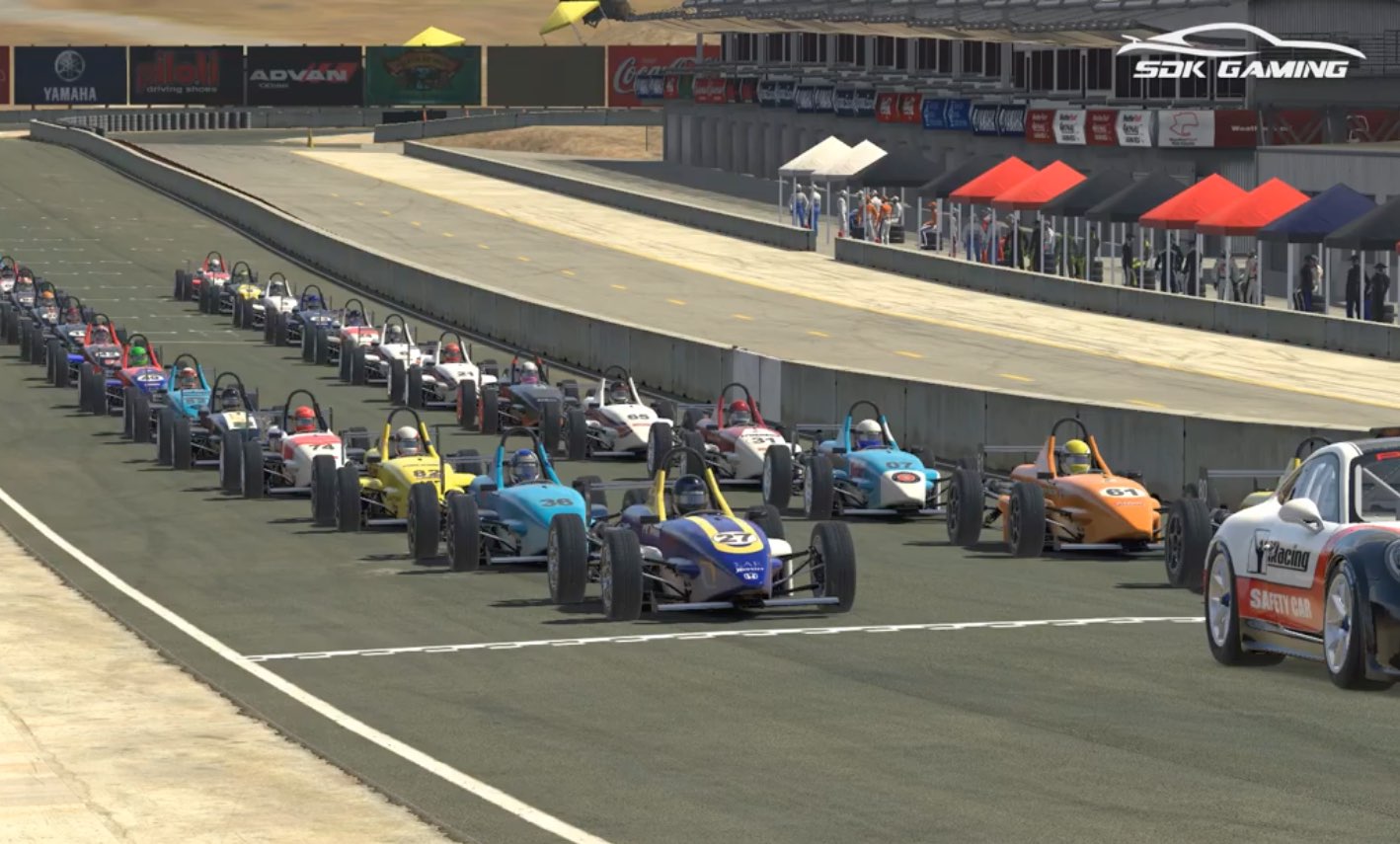 ‍
It was a dominating evening for Team Pelfrey driver Max Esterson as the young gun swept the events, scoring the pole position and win in race three and continued his performance in race four with a solid drive to top the podium blocks. With three race wins in four events, Esterson has
asserted himself as the championship hopeful with two races remaining next Wednesday evening to conclude the FRP iRacing Challenge Presented by Hoosier Racing Tire. “Max was virtually untouchable last night. Taking the pole position and lead early in both races, he was able to run away and score the race win in rounds three and four by healthy margins,” explained Bob Wright. “Max was definitely the class of the field tonight and is showing his true talent in the virtual racing world.”

‍
Esterson (Team Pelfrey) looked to be under pressure early in race one as Reece Everard (Everard Motorsports) tucked up under the rear wing of the leader through the corkscrew and down the hill as he looked poised to challenge for the lead. A slight bobble near the end of the opening lap put him into a spin as he managed to gather it up, keep it off the wall and maintain a position in the top ten. Working hard to battle his way back forward, Everard moved into P7 and was one of the fastest cars on the track until a lapped car abrupted his progress forward as contact took him out of the race. Up front is was Esterson who continued to pull away from the rest of the field. Opening a gap to more than three seconds on lap five and continuing his pace to leap away from the field, Esterson led from flag-to-flag and scored the win by 9.551. Zachary Rivard (Rivard Racing) and Dylan Christie (Team Pelfrey) had a toe-to-toe battle for second and third with Rivard getting the best of the two. Burton August (Rice Race Prep) improved one position from his qualifying performance to finish fourth while Colin Mullan (Rice Race Prep) continued his top-five pace to round out the top-five. Simon Sikes (Rice Race Prep) was the biggest mover of race one leveling up 20 positions in the fifteen-lap race to finish sixth while Esterson garnered the fastest lap of the race. 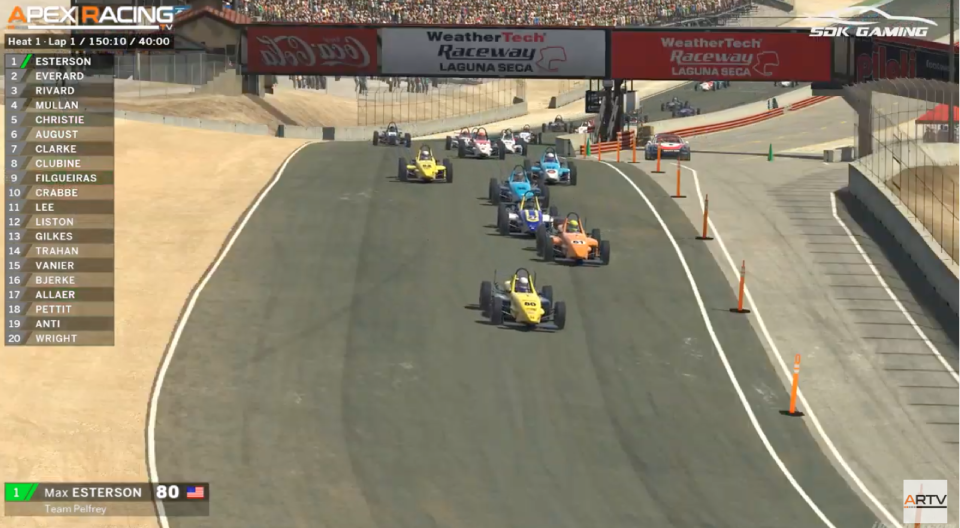 ‍
With finishing results from round three setting the grid for round four, Esterson would again lead the field to the green and never look back. Once again scoring the fastest lap of the race, Esterson took his third win of the FRP iRacing Challenge as he dominated race two claiming the checkers by more than thirteen seconds. In a league of his own, Esterson has now taken over the series point standings. In an all-out battle for the final two podium positions, a trio of drivers battled wheel-to-wheel all race long. Christie continued his podium presence with a second-place result, while Mullan found his way to the podium in P3. Sikes was able to move forward another two positions in race two to cross the stripe in fourth while Daniel Clarke made a top-five appearance in fifth. Joseph Pettit (Brad Hayes Racing) gained fifteen positions to finish eleventh and garner the Hard Charger award. Finishing sixth through tenth in race two was Rivard, Clubine, Filgueriras, Jean-Christophe Trahai (Britain West Motorsports) and Chris Kierce (Bjerke Motorsports).
‍

“Laguna Seca was a lot different than last week’s race at Lime Rock, but it was still good fun,” explained Esterson. “It was pretty smooth sailing after I got out of drafting range on the first lap. It’s great to see a pair of strong finishes for both Team Pelfrey cars, and I am looking forward to next week.”

For complete round three and four results, please visit www.FormulaRacePromotions.com. The conclusion of the first ever FRP iRacing Challenge will take place next Wednesday, April 29th at 7:00pm EDT. Stay tuned to the FRP social media channels and website for more news and information.
‍ 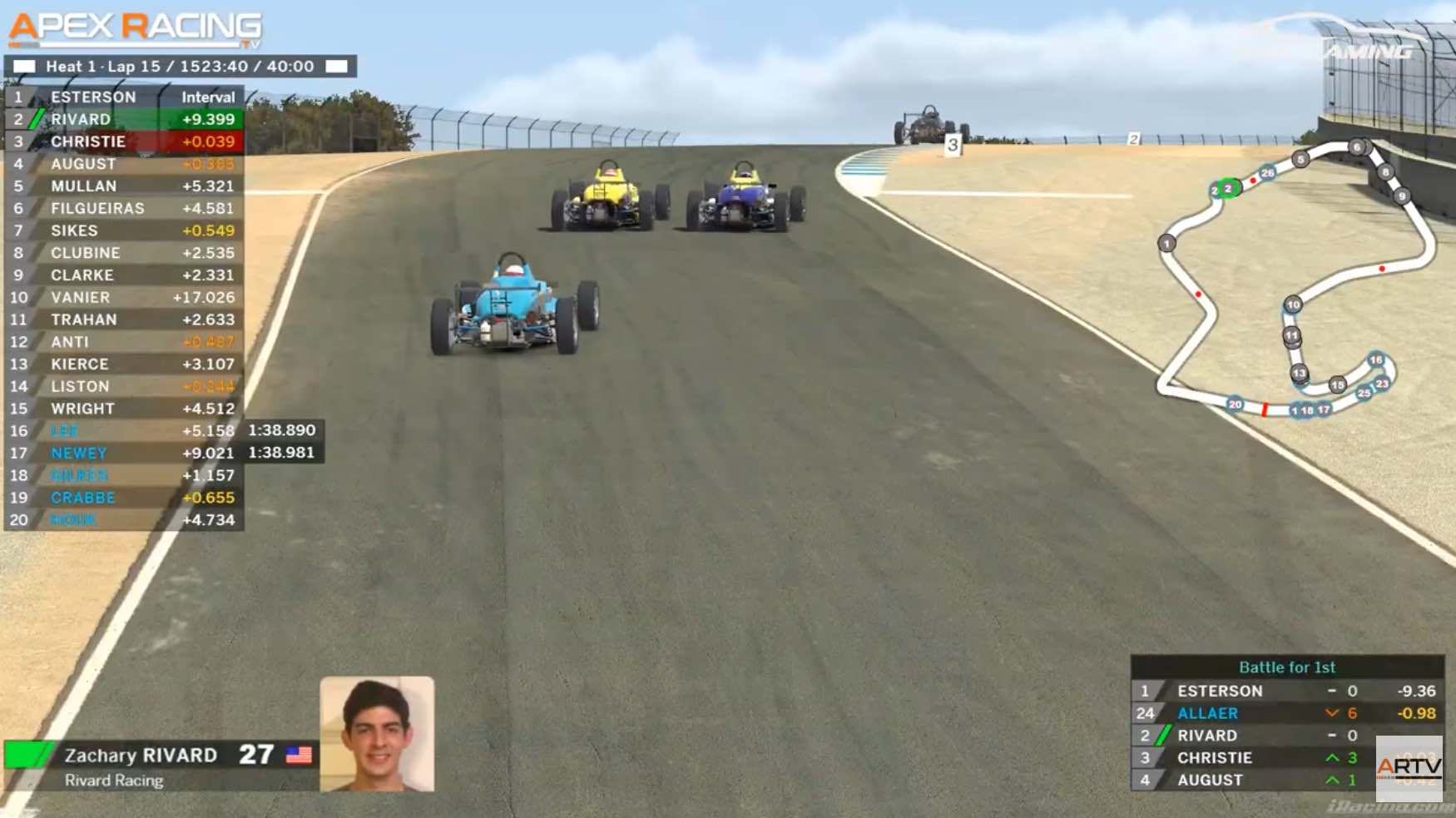