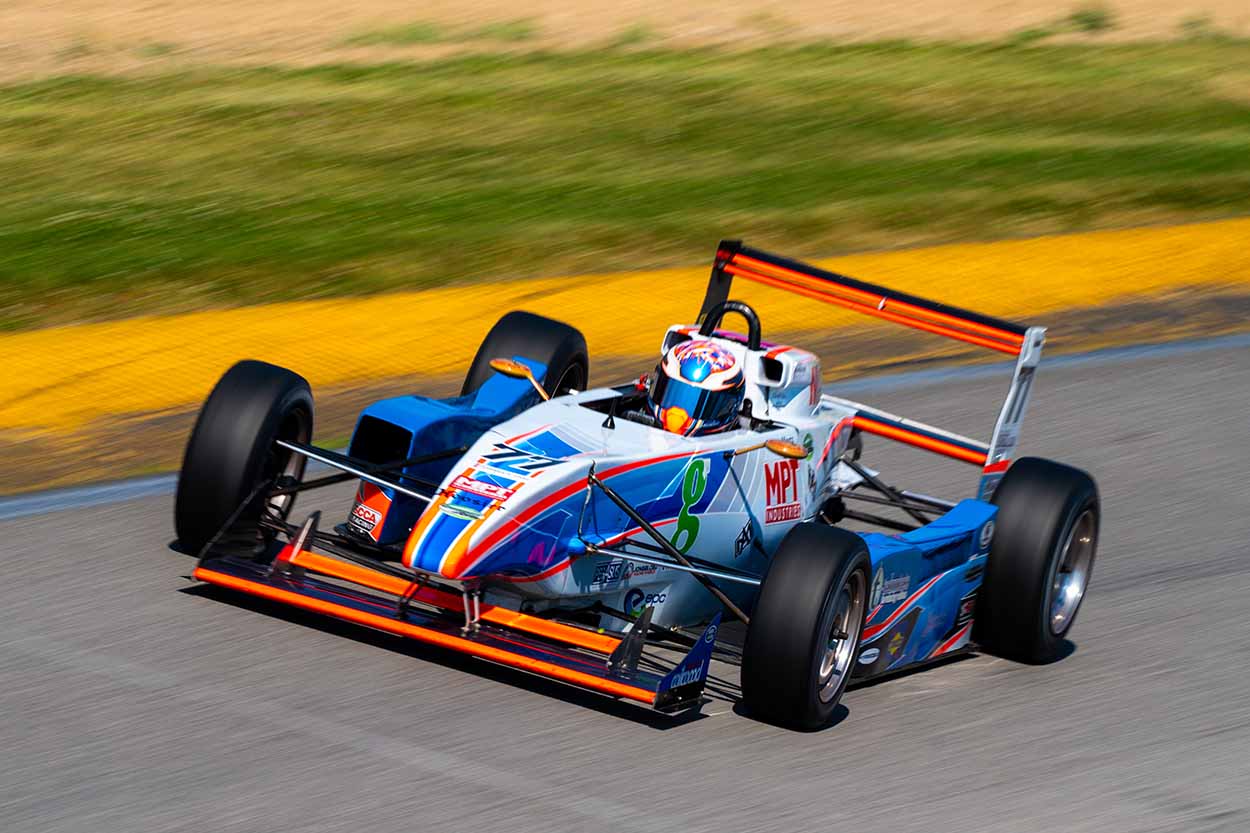 Three event weekends in six weeks is about to happen for the Formula Race Promotions program as COVID-19 has forced teams, competitors and the series schedule to remain fluid since March. Forced to cancel the race weekend at the end of this month, it is full steam ahead this weekend at the Virginia International Raceway.

“We have the green flag in hand and are ready to go this weekend at VIR,” expressed Series Co-Owner Bob Wright. “Late last week we had some unfortunate news break about having to cancel our Barber Motorsports Park event, but we are primed, excited and ready to race in Virginia. VIR has always provided some of the best racing competition in our program and with an extra practice session for all on Friday, we are expecting competitors to be ready for a lot of green flag racing this weekend.”

As guests of SCCA Pro Racing and competing alongside the national level F4 United States Championship and FR Americas Championship Powered by Honda program, Atlantic, F1000, F2000 and F1600 teams and competitors will see action at the legendary facility.

VIR Need to Know and OtherInformation:

In the F1600 class, Simon Sikes has scored four wins in six races and currently sits atop the point standings. Following a mechanical issue DNS in round six, his overall lead has decreased but he remains in the driver’s seat heading to VIR, followed by Dexter Czuba, the only driver to stand on the podium in all three Mid-Ohio races. In the most competitive class in the FRP program, there has been three different winners in six races from two different teams including a pair of first-time winners.

Brandon Dixon has scored every F2000 victory to date in 2020 and has taken a strangle-hold on the series championship battle. Looking to keep his momentum, Brandon was chased by rookie driver Luca Mars at Mid-Ohio, who currently is second overall, with two new drivers joining the F2000 group at VIR to keep him honest, Dimitrios Tsesmetzis and 15-year-old rookie teammate TJ Zimmerman. Dave Weitzenh of, who will be sitting out VIR, sits third.

Keith Grant has been the only driver to top the Atlantic podium so far in 2020 and sits twenty-six markers ahead of Richard Zober in second and an additional ten points ahead of Larry Howard in third. Alex Mayer has been the driver to beat in the F1000 class and will once again be aiming for the top step of the podium when the green flag flies this coming weekend.

In other series news, Formula Race Promotions has added an event at Road Atlanta over the October 30-31 weekend. Originally slated as the first event of the season, FRP will return to the legendary road course over the Halloween weekend and run alongside the Radical program.

Please remember that all series news, information, results, photos and PR will be communicated through our social media pages listed below. Please be sure to tag FRP in any and all posts to help us have the ability to promote you.

For questions, comments or concerns, please feel free to reach out to Bob Wright RobertW@RaceFRP.com or Clay Hutchinson ClayH@RaceFRP.com. For media inquiries, please contact us via email to Media@RaceFRP.com.