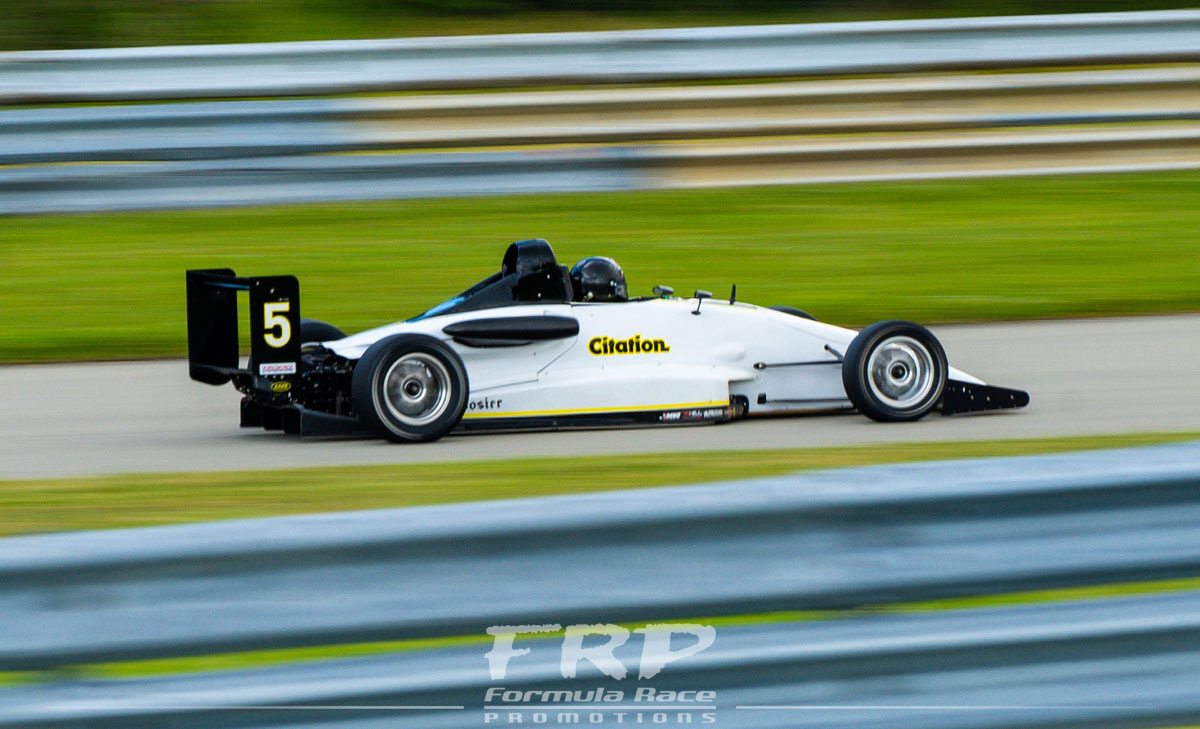 The second wheel-to-wheel race day of the weekend produced just as much action as day one with many drivers doubling up on victories while some new faces found their way to the podium. Dominating performances all weekend long were put forth by Simon Sikes (F1600), Scott Rubenzer (F1600 Masters), Brandon Dixon (F2000), KeithGrant (Atlantic) and Phil Kingham (RCFFS) as all four competitors swept their on track sessions at the Pittsburgh International Race Complex.

Returning where he left off yesterday, Rice Race Prep driver Simon Sikes returned to the top step of the podium during round two of the weekend claiming the Formula 1600 victory by a gigantic 10.710 margin. Team Pelfrey’s Dylan Christie would be the best of the rest claiming his second podium result of the weekend with another P2 finish ashe narrowly edged Christopher Horan by a tenth of a second. Team Pelfrey put three in the top-five with Max Esterson finishing .020 in arrears of Horan andDexter Czuba, ending his race in fifth. Scott Rubenzer was once again the highest placing F1600 Masters competitor as he finished eighth.

Sikes could not be stopped all weekend long as he scored the victory in round three ahead of Brad Hayes Racing’s and 2019 FRP F1600 Champion Jonathan Kotyk. Flexing his muscles and doing so with another 7.835 win, Sikes solidified himself as a major threat for the F1600 Championship. Kotyk beat Esterson to the line for second while JoshPierson and Czuba rounded out the top-five. Scott Rubenzer finished ninth overall but managed to secure the F1600 Masters win, his third of the weekend. 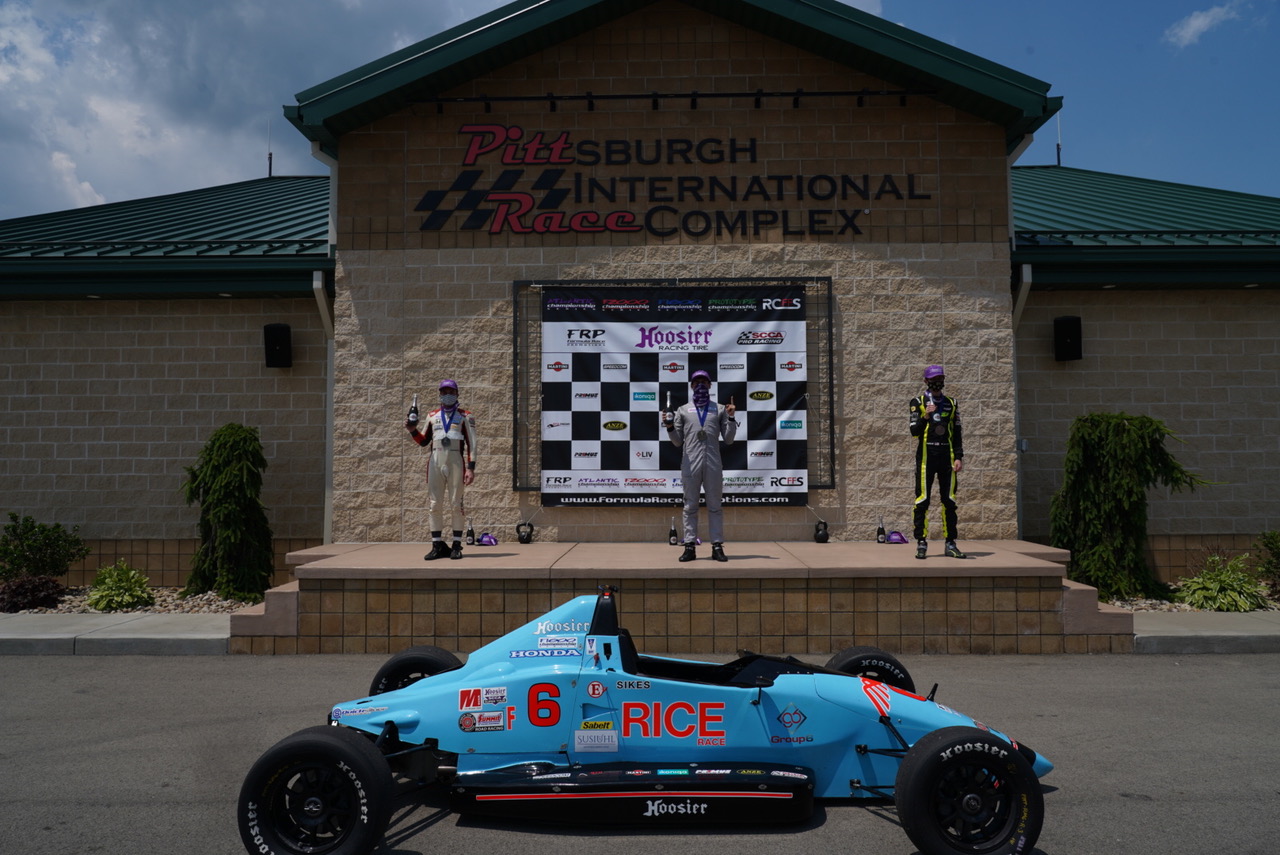 Brandon Dixon continued his winning ways inF2000 and did so from the inside of the front row. Dominant all weekend long,Dixon scored his second win in as many days. Nick Palacio out dueled F2000rookie Luca Mars to take the second step of the podium as Mars crossed the line in third. Andrew Gamble claimed top honors in the F2000 Classic class finishing seventh overall. 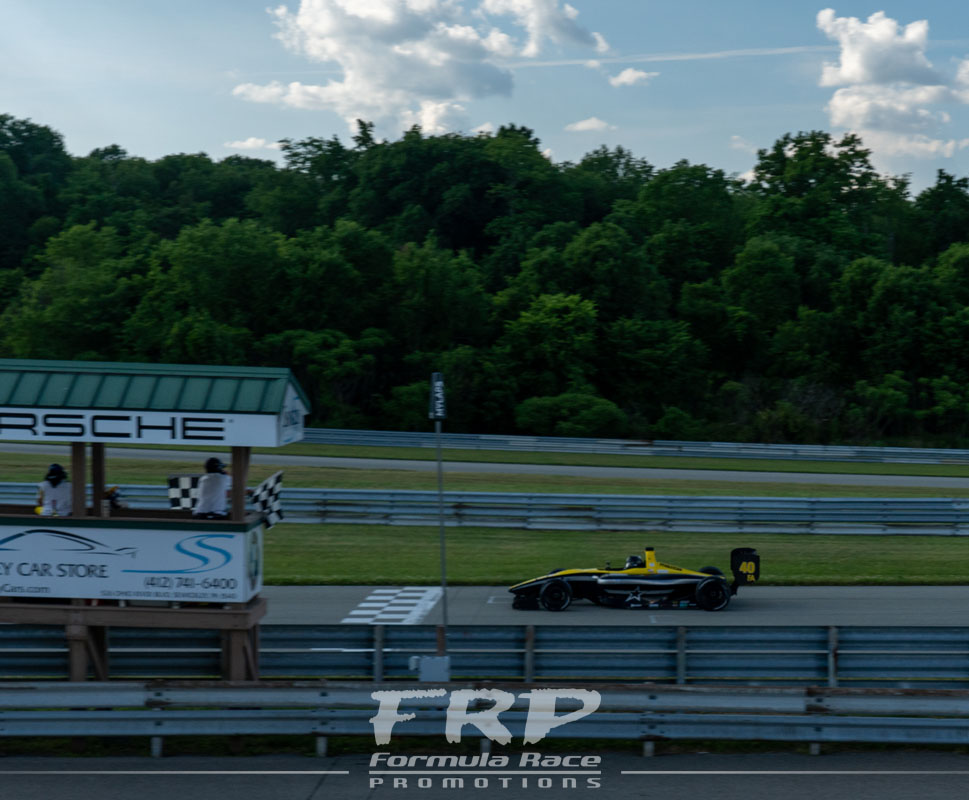 Keith Grant garnered his second pole position of the weekend in the Formula Atlantic division and managed to turn that into another commanding victory. Showing his strength,Grant was the class of the field to take his second checkered flag in as many days. Richard Zober was the best of the rest as he and Larry Howard joinedGrant on the podium in race two. Logan Cusson was the highest placing F3 driver while Josh Pierson topped the USF2000 charts and Gil Molina bested the F4drivers. David Harris added a second prototype win to his resume taking the round two victory on Sunday. 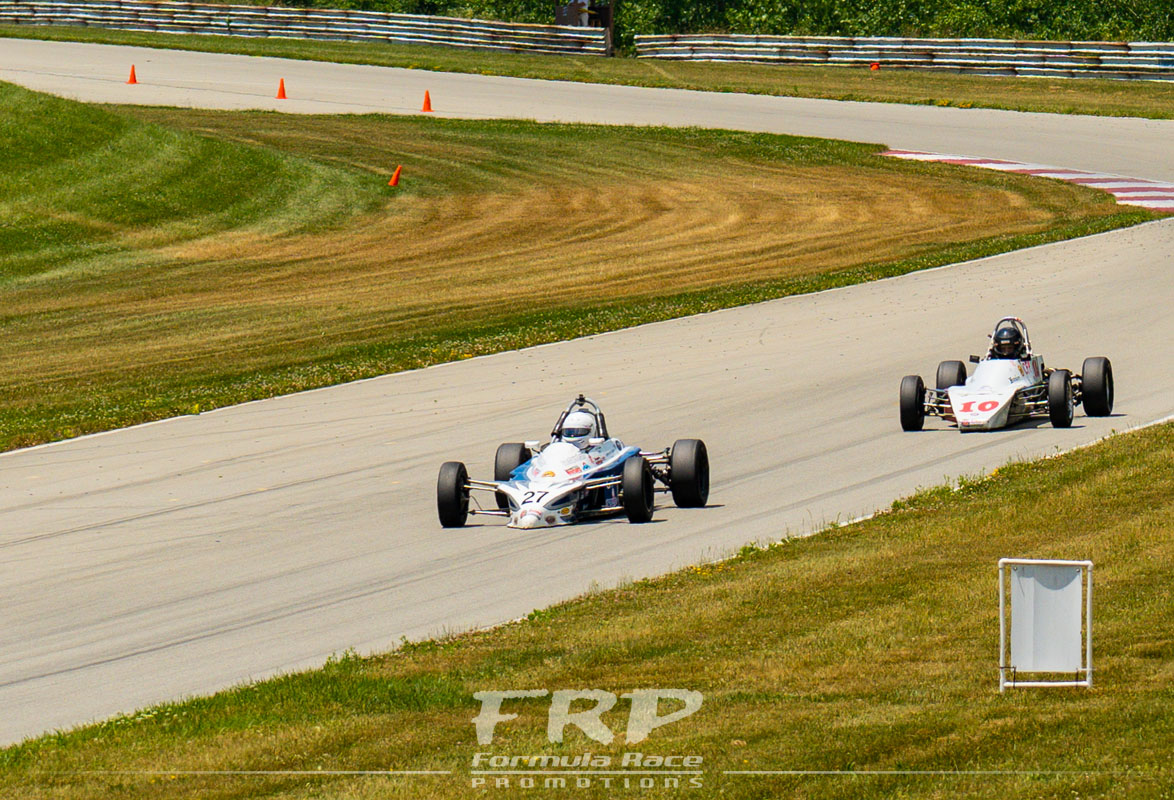 After his retirement during round one, Alex Mayer found his way to the front of the F1000 field to take the round two victory. Steadily working his way forward from his fourth place starting position, Mayer took the honors by 1.273 over round one winner TimPierce. Stephen Hamilton was another driver that added his second podium result of the weekend backing up his second-place finish Saturday with a third place result on Sunday.

Phil Kingham doubled up on his RCFFS victories on Sunday morning adding to his win from Saturday. With the front four drivers finishing within half a second of one another, Kingham led every lap except for two to take the checkered flag. Bob Wright claimed his second podium result on the weekend finishing second while Dave Harmison improved from his fourth-place finish in round one to finish third. Dan Pyanowski moved to the lead on lap six and maintained it for two circuits before eventually finishing fourth. Kingham returned Sunday afternoon for his third win in as many races claiming the checkered flag by .493 over Dan Pyanowski. Harmison maintained his round two result in round three to finish third while Wayne Nicolette crossed the stripe in fourth and Steve Roux rounded out the top-five.

Following up on his win yesterday, Sam Ryan returned to the front of the field on Sunday morning duringRCFFS qualifying. Taking the top spot by nearly one second, Ryan led the field to green Sunday afternoon ahead of Matthew Clark and Jeffery Filipkowski. Battling at the front of the field and eventually finishing in the second position, Ryan was bested by Raymond Carmody for the win. With Carmody and Ryan claiming the top two positions, Dean Curtis finished third on track but second on the Formula Vee Masters class behind Sam Ryan. Filipkowski crossed the stripe in fourth while Ian Hornish rounded out the top-five.

With the first event weekend now complete, stay tuned to the Formula Race Promotions website and social media channels for a complete weekend review, and information on the next event including links for registration and photo package purchases.

Be sure to follow Formula Race Promotions on Social Media:

For questions, comments or concerns, please feel free to reach out to Bob Wright RobertW@RaceFRP.com or Clay Hutchinson ClayH@RaceFRP.com. For media inquiries, please contact us via email to Media@RaceFRP.com.