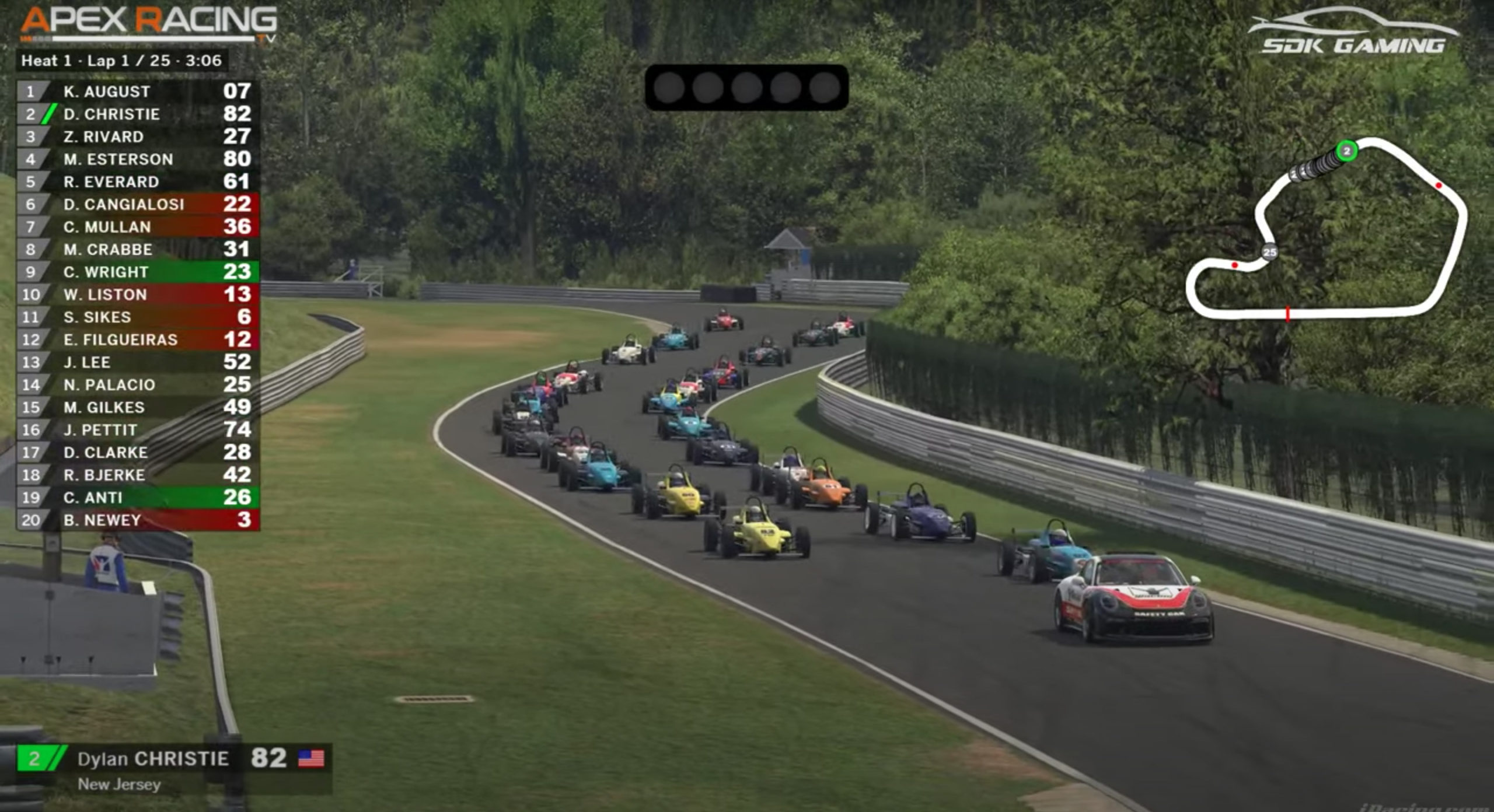 With the first-ever FRP iRacing Challenge Presented by Hoosier Tires a great success, rounds three and four of the virtual series will be back on track this evening at the famed WeatherTech Raceway Laguna Seca. With thirty-one drivers set to take the green, Team Pelfrey drivers Dylan Christie and Max Esterson will aim to continue their winning ways as the duo managed to top the podium blocks last week at Lime Rock Park.

“It is a long trip across the country for a lot of our teams and drivers in the real world, but to leave your kitchen and head to the basement to race at one of North America’s most recognized tracks is easy, and much more cost-effective," expressed FRP's Bob Wright. "Our first iRacing event was very good, and I am happy with everything that happened. We had very few issues but the racers were happy. As it is in FRP competition, the action was close providing for some very exciting race finishes.”

Courtesy of his first and fourth place results in rounds one and two, Dylan Christie holds as light three-point advantage in the championship standings over Reece Everardwith an 87 to 84 margin. Everard was the most consistent driver of the first event claiming two second-place podium results and looks to be a real threat for the series title. With contact in race one and salvaging a fifth-place result, Max Esterson scored the win in race two to solidify his championship intentions and sits a mere six markers back from the top of the points pylon.Miles Crabbe and Burton August round out the top-five as combined, the drivers accumulated four top-six results. Additionally, four different teams can be seen in the top-five of the championship point standings while seven different teams are in the top-ten.

Utilizing the SkipBarber car within the iRacing program, rounds three and four from Laguna Secawill commence at 7:00 pm EDT this evening. Each competitor will be able to practice, qualifying and compete in two races that will be live-streamed via ApexRacingTV. 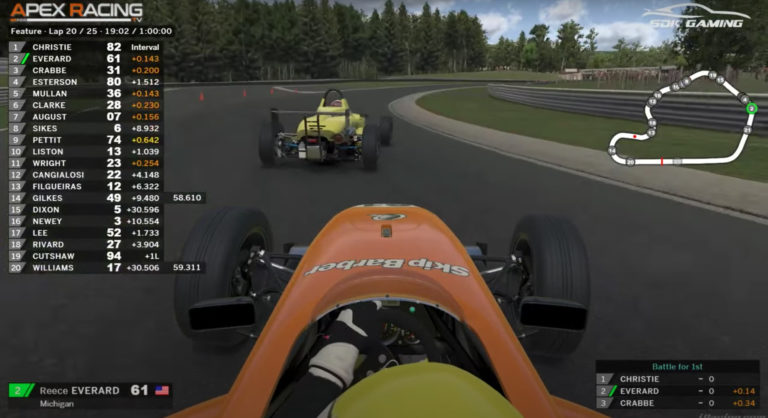