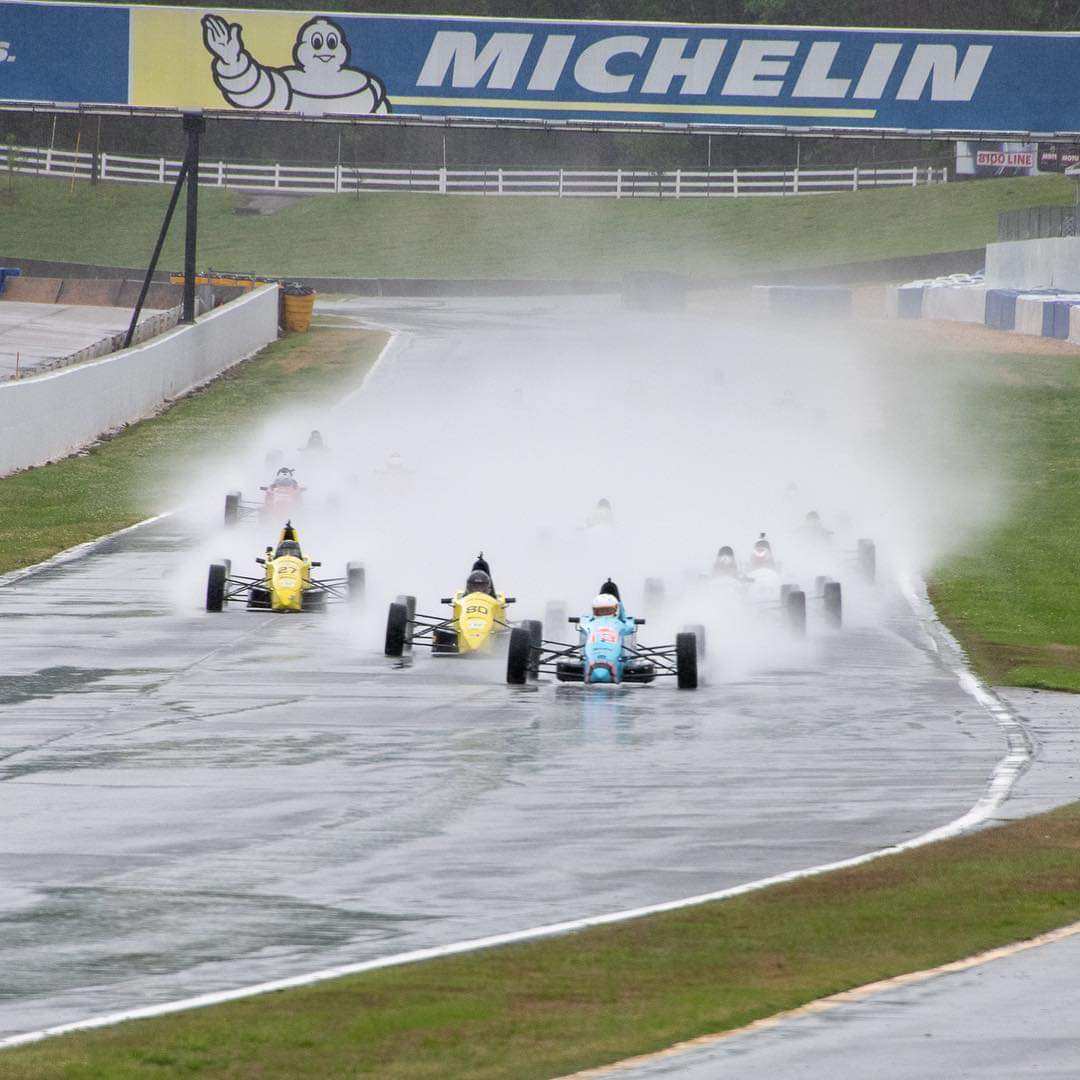 The weather appeared to be holding steady, the track would be dry for the start of the F1600 Championship Series race two here at Road Atlanta.

The formation was tight as the F1600 group approached, the green flag flying just as the precipitation once again blessed the Road Atlanta circuit. Burton August spun approaching the start finish line finding himself stopped backwards atop the line as the field streamed by and cleanly through turn 1. The rain briefly more intense and by the time the field reached turn 10a the track was showing dark with moisture. Several cars had slip ups but just two were claimed. Charles Anti in the #26 Mygale entry and Scott Rubenzer in his #31 Spectrum found themselves stuck without recourse. The track went full course yellow and the safety car was released.

The crews quickly cleared the ailing competitors and the race was set to restart. The rain still intermittent. The only thing predictable about the weather at this juncture was its lack of predictability. The track was definitely wet now, certainly a treacherous ride on slicks for even the most seasoned of drivers. A stop for rains might be a wise move at this juncture, but without know how long the rain could last it would be a gamble.

At 10a the field approached in a cautious manner, all the drivers managed the conditions with steady hands. Kotyk had taken the lead, Goikhberg second.

Despite the rain and the now soaked racing surface the majority of drivers stayed out on dry tires. At the front, Kotyk stretched the lead to around three seconds, but Goikhberg had been over taken by the victor of race one, Josh Green. Ryan Bjerke was having a steady drive to hold fourth place with Christan Lall Dass only a second behind.

In just one lap Josh Green slashed the lead of Kotyk from two seconds to two tenths of a second. Green seemingly had found some comfort in these troublesome conditions that others had not. Meanwhile Bjerke and Christian Lall Dass continued to dice, and at this juncture it was Christain Lall Dass enjoying the advantage.

With only three laps to go, Josh Green got past Kotyk and took over the lead. The rain now was getting very intense. Misha Goikhberg held third, but there was only two seconds to Josh Green the current leader. Kotyk breifly regained the lead only for Green to execute a well-planned exit off of 10b to retake the lead before the finish line.

The battled continued, Kotyk over Green, then it switched again. Down to the flag, it was Kotyk with three tenths of a second over Green. Goikhberg in third, Aron in fourth, and Christian Lall Dass in fifth. 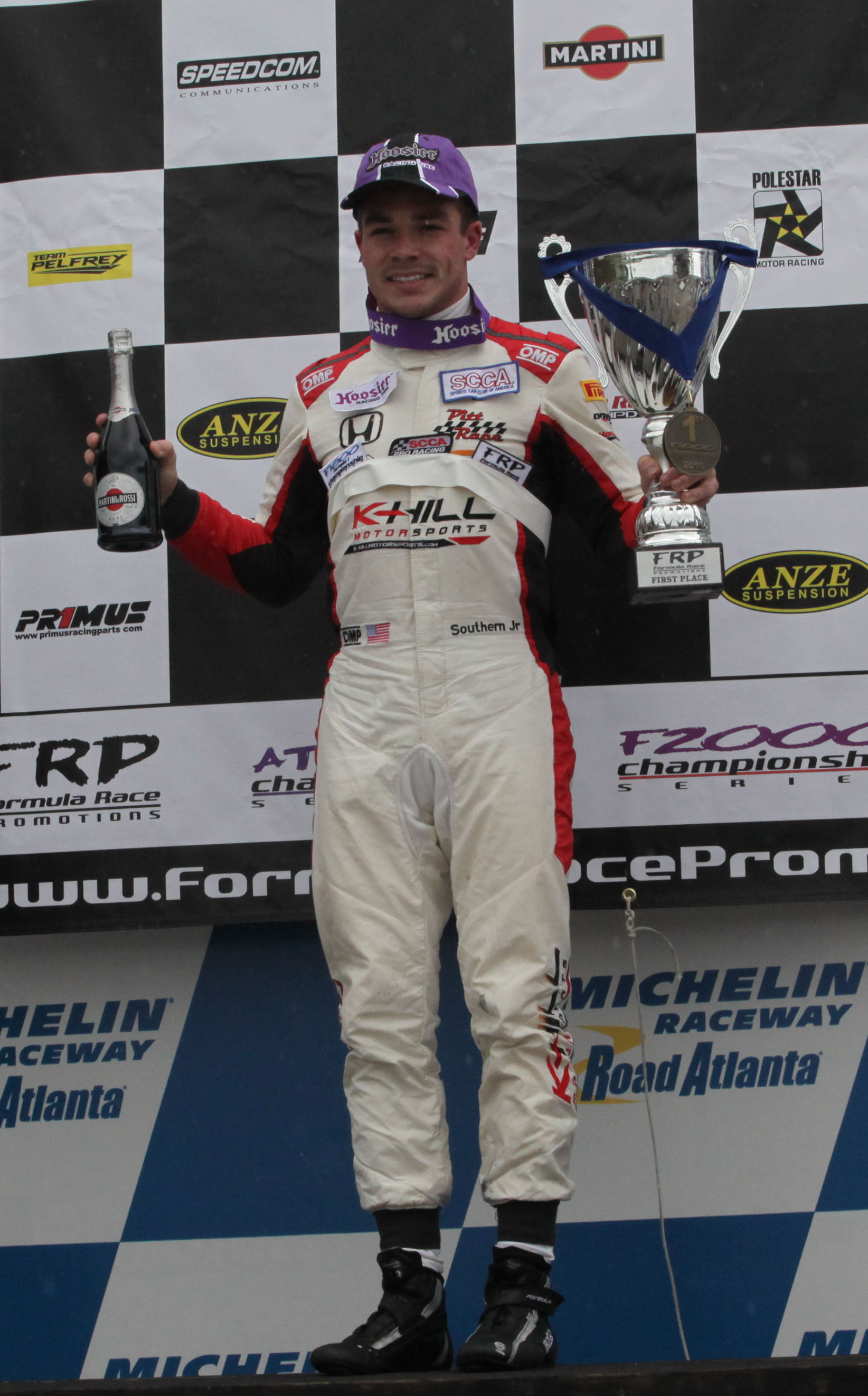