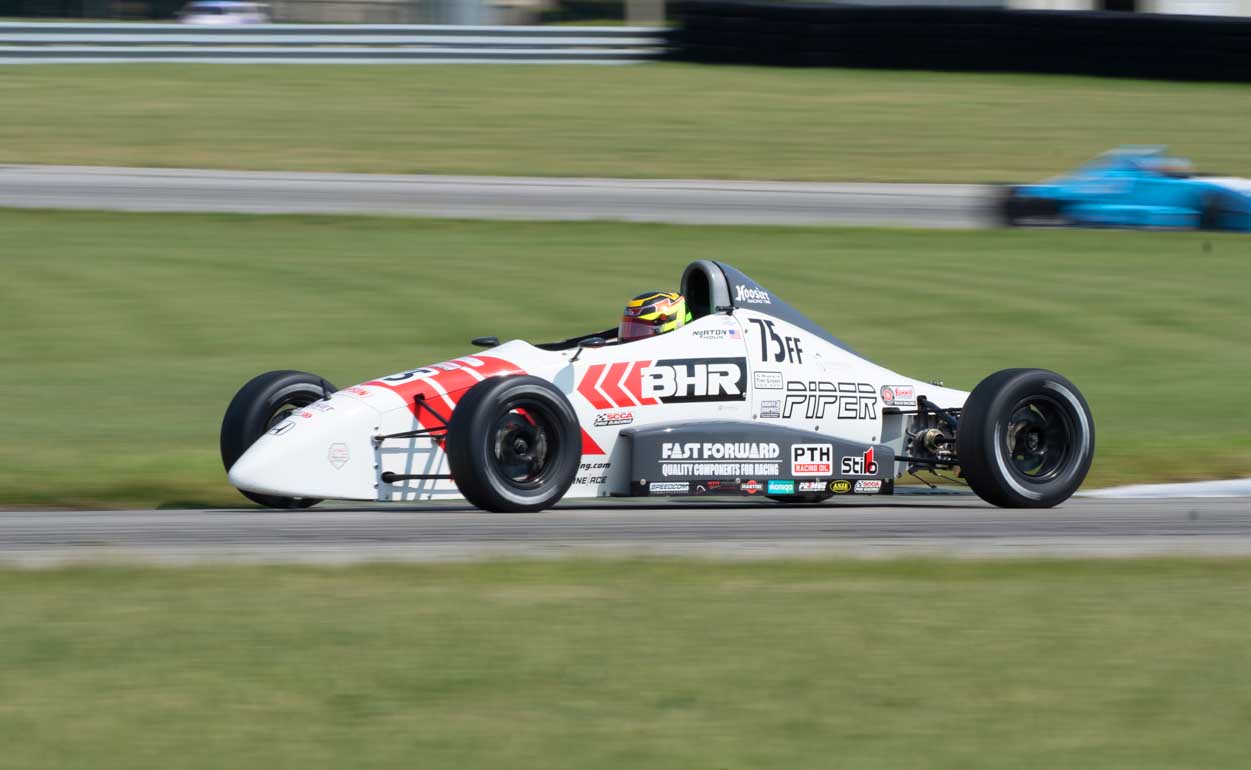 “Members only track was the home to FRP last weekend”

Only a short drive from Chicago, the Autobahn Country Club was the home for this past weekend’s Formula Race Promotions (FRP) event weekend. As members-only track that provides very little opportunity for race series competition, the staff of the challenging facility opened their doors to FRP competitors who came in droves to compete in the second to last event on the 2021 calendar.

“What a great weekend, great weather and great racing,” explained Robert Wright. “As always, our F1600 drivers put on a show with multiple winners. This was our third new track of the year and the drivers adapted well.  As such we have a whole new set of track records in all of our classes.  I am looking forward to crowning our champions at PIRC October 15-17th. We are working hard on our 2022 schedule and will announce as soon as it is complete”. 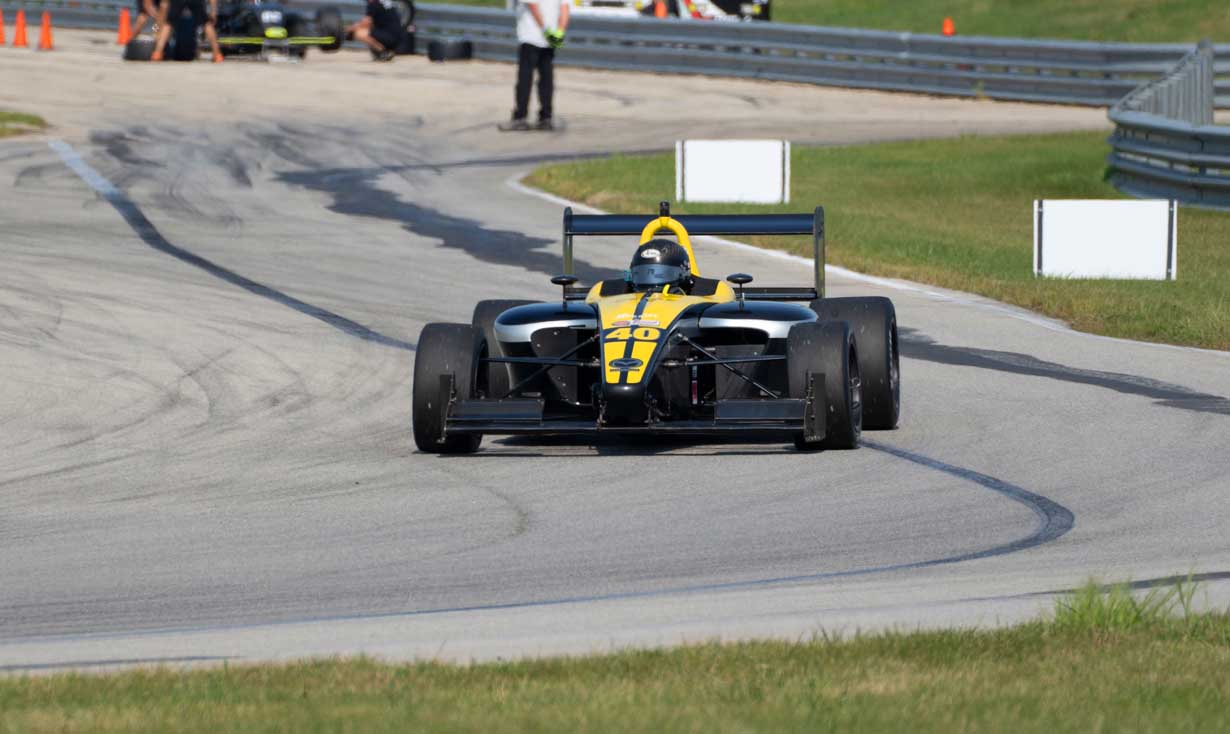 Keith Grant drove his #40 Polestar machine to another Atlantic win at the Autobahn Country Club as he dominated the 21-lap event turning lap times not often seen on that track. Dudley Fleck advanced forward one position to finish second while Antoine Comeau fell one to finish third overall but first in the restricted class. Larry Howard made his move into the top five to finish fourth overall, third in the open class as Kevin Davis held on to his fifth place overall, second in the restricted class

Keith Grant continued his dominating weekend by scoring the checkered flag in race two for the Atlantics with an impressive lap time that nearly matched his qualifying pace. Dudley Fleck pushed hard to move into the second position beating rookie Antoine Comeau, who was P1 in the restricted class, Bruce Hamilton and Larry Howard who finished third through fifth respectively. 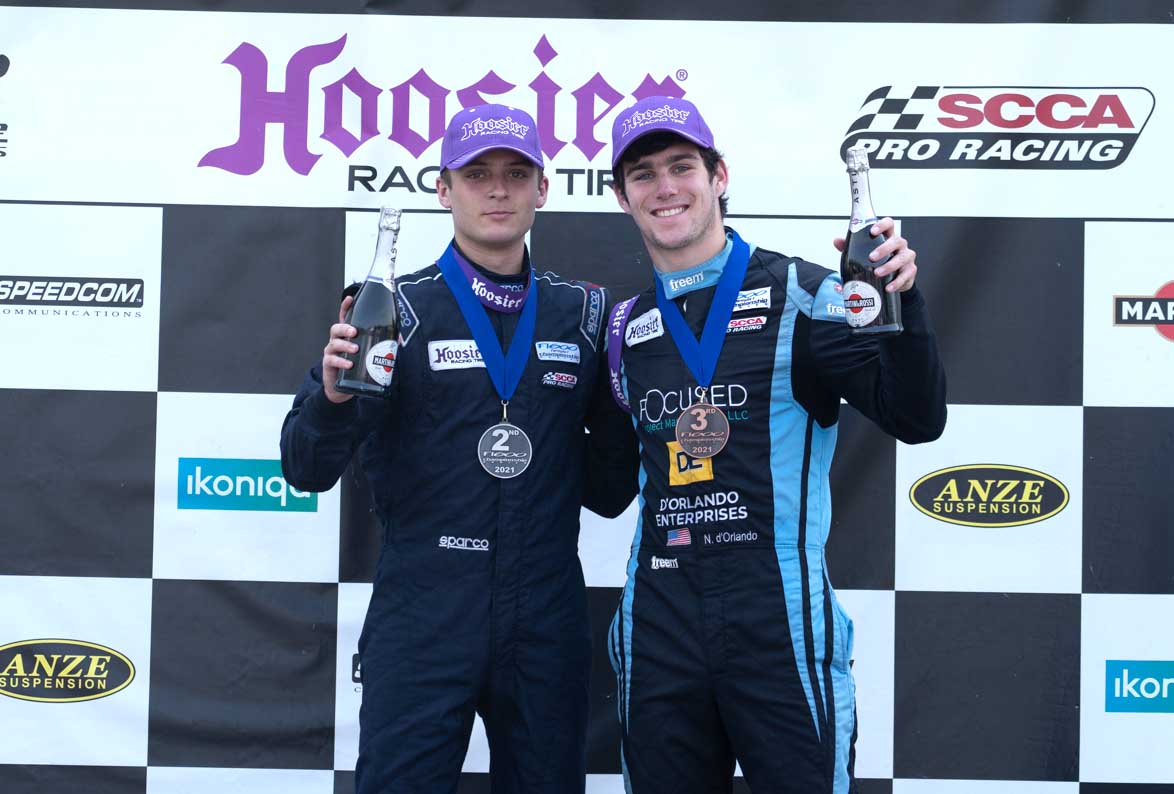 It was Team Pelfrey and Nicholas d’Orlando that added to his F1600 Championship Series win total notching a victory on route to the fastest lap of the race. Thomas Schrage and Rice Race Prep crossed the line in the second position as K-Hill Motorsports Ax Kametches joined d’Orlando and Schrage on the podium. Rice Race Prep put a pair of drivers in the top four with Will Holtz as Exclusive Autosport’s Joey Brienza finished fifth. Courtesy of his fastest lap, Nicholas d’Orlando earned the pole position for race two with Schrage, Burton Kyle August, Brienza, and Esterson earning top-five starting positions for race two.

Schrage emerged as the victor in race two putting Rice Race Prop back on the top step of the podium as he held off the advances of d’Orlando who added another podium finish. Will Holtz joined Schrage and d’Orlando on the podium in third as Peter Dempsey, racing for the K-Hill Motorsports outfit made his first appearance on the top five in fourth, just ahead of Brienza in fifth. Tonis Kasemets was the F1600 Masters race winner with Mike Scanlan and Scott Rubenzer in second and third.

Schrage continued his momentum from race two to race three on the weekend as he outpaced the Team Pelfrey duo of Hugh Esterson and Nicholas d’Orlando. The K-Hill Motorsports duo of Ax Kametches and Peter Dempsey rounded out the top five, just ahead of Ayrton Houk in sixth. 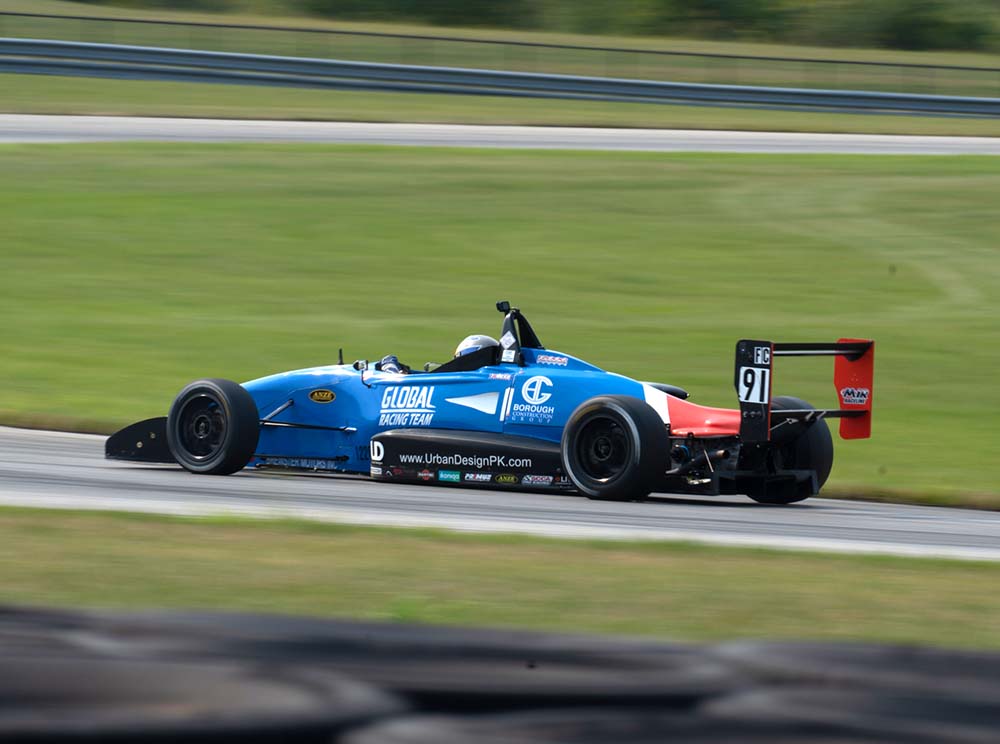 Trent Walko continued his FRP winning ways taking top honors in the F2000 class as he claimed the checkered flag in the 17-lap race one. Austin Hill found his way back to the podium with an impressive second-place finish as TJ Zimmerman joined the duo on the podium in third with Robert Wright in fourth. Mark Hutchison was third on track but the first F2C car to cross the line as he scored the class win ahead of Brian Tomasi.

Trent Walko made it a perfect weekend adding a second race win to his pair of pole positions as he outpaced Charles Finelli who crossed the line in second. Robert Wright improved on his race one result to stand on the podium in third after Zimmerman coasted to a stop with a lap to go and Hill had a mechanical failure early in the race. Mark Hutchison was the F2C winner. 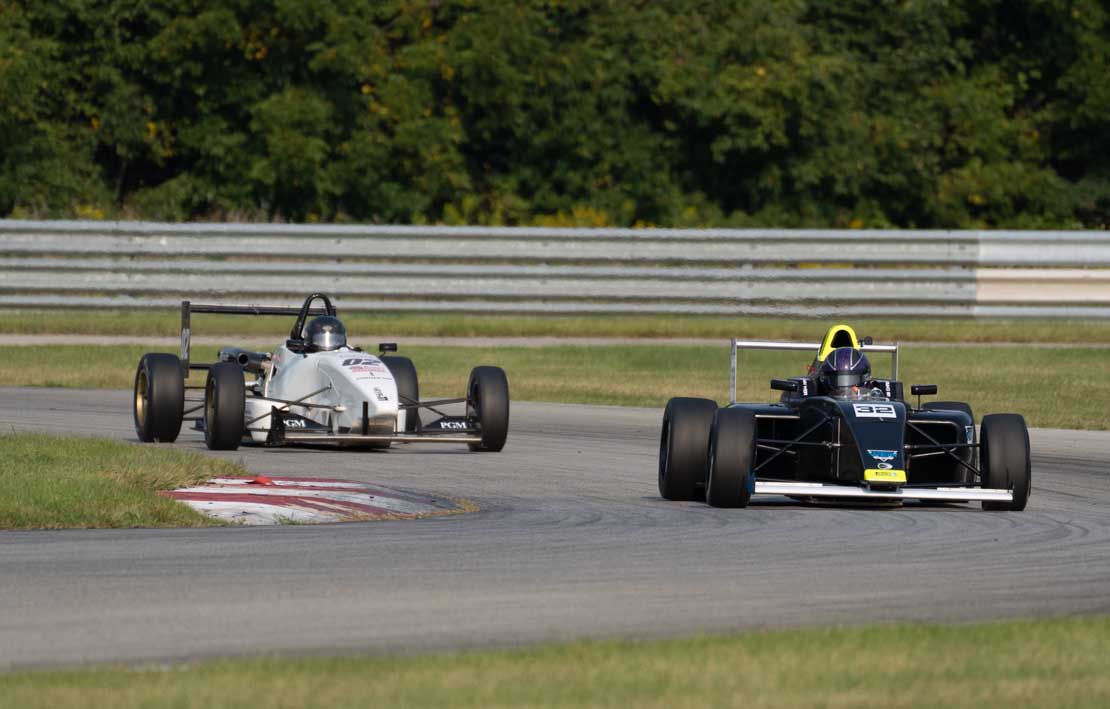 Christian Weir converted his pole position qualifying effort into the first Eastern Pro 4 Challenge race win as he led the class flag-to-flag. Series newcomer and young rookie driver Elliot Cox secured the second step of the podium with Kerong Li crossing the line third. Chambers battled early in the race but was forced to retire on lap six.

Weir made it two-for-two in the weekend by taking the checkered flag in race two as Elliot Cox finished second securing the same two drivers on the top two steps of the podium as the day prior. Chambers returned to action to claim the second fastest lap of the race and a podium result in third as Kerong Li was eventually classified in fourth.

The Formula Race Promotions program will now have four-week break before their next event at the Pittsburgh International Race Complex over the October 15-17 weekend. Stay tuned for all the news and information regarding the event and find details about the event on the FRP website at racefrp.com.